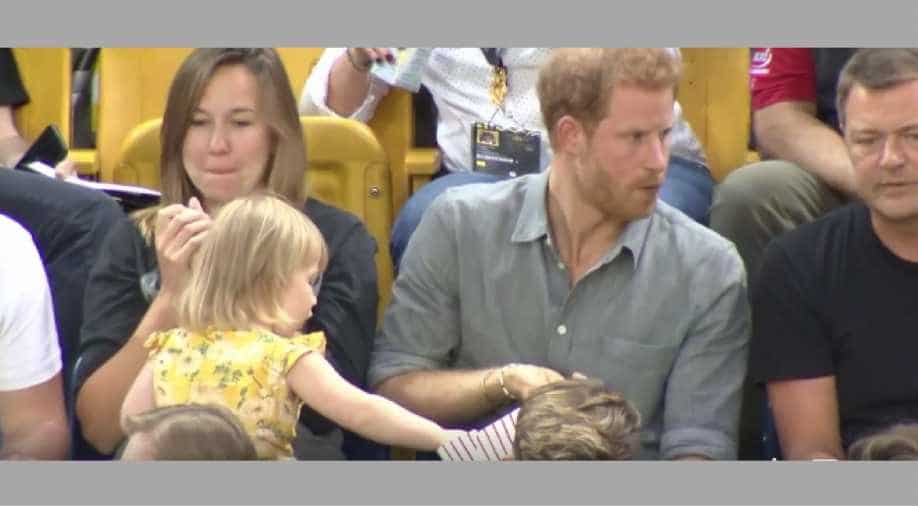 The toddler stealing from Prince Harry Photograph:( Others )

Prince Harry had a cute thief stealing from his tub of popcorn in a game on Thursday in Toronto, Canada.

The prince was seen attending a match as part of Invictus Games, running in its third edition this year.

The little girl in the video is the daughter of Dave Henson, Paralympian and ambassador for Prince Harry’s 'Walking with the Wounded' charity. Dave is also the GB team captain from the first Invictus Games and is good friends of the prince. The lady in the video is his wife.

Prince Harry can be seen playing with the girl by first being oblivious to her eating from his tub to then teasing her for the same. They can be seen having a good time at the Games.

Prince Harry earlier made waves at the Games when he made his first official public appearance with his girlfriend-actress Meghan Markle.