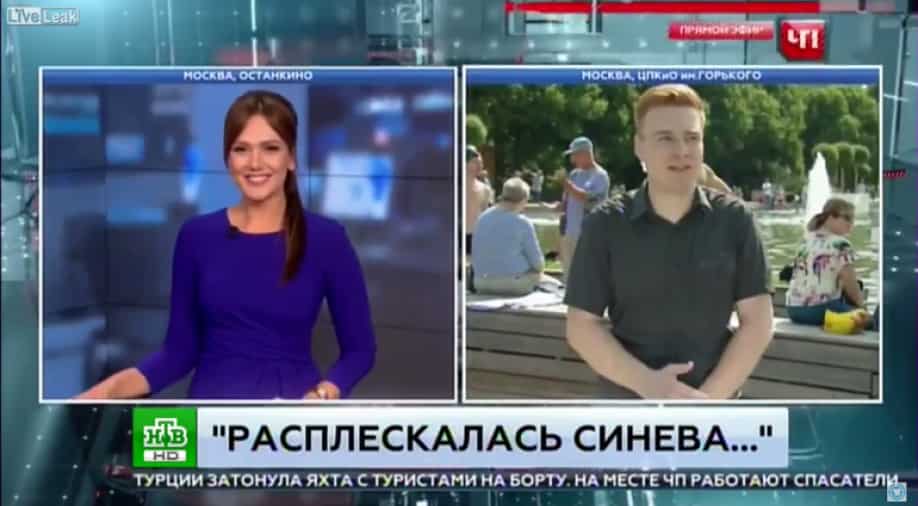 A Russian television reporter working for a pro-Kremlin TV channel was punched in the face live on air Wednesday during annual Paratroopers Day celebrations.

Nikita Razvozzhayev, a correspondent with NTV channel, had just started his piece to camera when a bearded man appeared clenching his fist and began an expletive-laden rant about invading Ukraine.

When the reporter asked him to be quiet, the man punched Razvozzhayev hard in the face forcing him to stop his broadcast.

"If you talk to me like that you'll... get it," the man screamed, according to AFP.