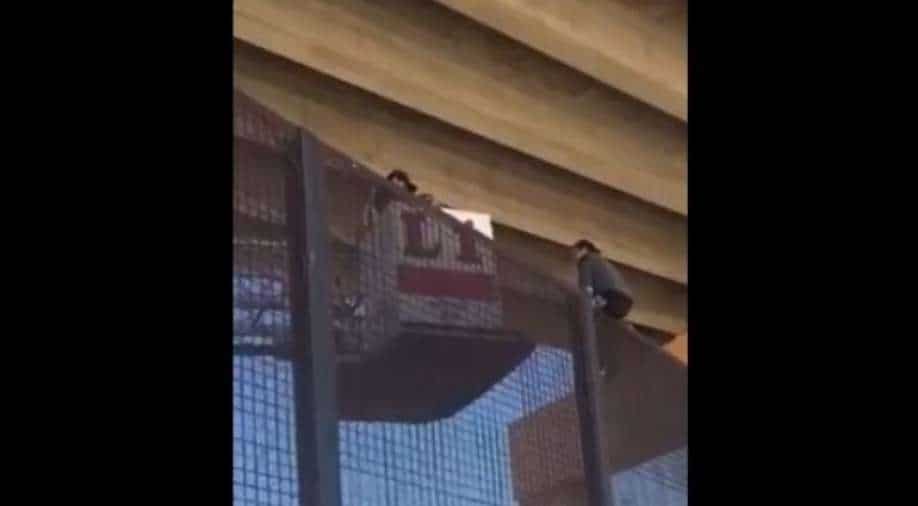 The woman was taken to a hospital where it was found that she and her baby were in good health, Border Patrol officials said

A 23-year-old woman was rescued after she got stranded atop a wall as she attempted to enter the United States.

The woman from Honduras climbed to the 18-feet-high wall in Ciudad Juárez, Mexico, but was not able to get down to the US side of the border.

A pregnant woman got stuck while trying to jump the border fence between El Paso and Ciudad Juarez. CBP helped her down and was immediately expelled to Mexico under Title 42. pic.twitter.com/HWGlaZ4jO9

A video released by the federal immigration protection agency showed a firefighter vehicle's ladder successfully able to reach to the top of the wall and rescue the woman.

The woman was taken to a hospital where it was found that she and her baby were in good health, Border Patrol officials said.

She was sent back to Mexico under Title 42 as she illegally entered the United States.

The rule came to force under the presidency of Donald Trump in March 2020 which allowed US Customs and Border Protection to deport migrants found at the southwestern border due to the coronavirus pandemic without offering them a chance to seek asylum.

Also read | 'Nobody cares about them': Children’s bodies found on Libyan beach after migrant boat sinks

Under Trump's successor Joe Biden's administration, the US border agency continues to send back the migrants, but unaccompanied children are allowed to stay in the country.

An article named 'It's time to end Title 42' published in the Immigration Impact, a project of the American Immigration Council criticised the policy.