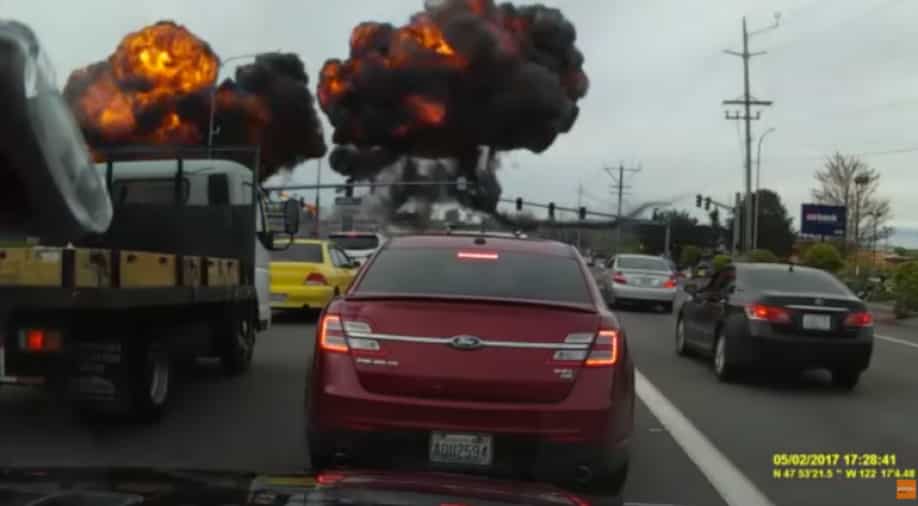 A number of cars were damaged and traffic was blocked for several hours but there were no serious injuries. (Image source: YouTube screengrab via Storyful News) Photograph:( Others )

A dramatic plane crash in Washington was captured on a car dashcam Wednesday.

The video, taken in Mukilteo in Washington state, shows a small plane burst into a fireball after it crashes into power lines and traffic lights.

Footage shows several cars sitting in traffic waiting patiently for the lights to turn green when suddenly the aircraft appears and plummets quickly towards the ground.

A number of cars were damaged and traffic was blocked for several hours but there were no serious injuries, according to Mukilteo Police Department.

Both the pilot and the passenger survived the crash, with no serious injuries, the Toronto Sun reported.