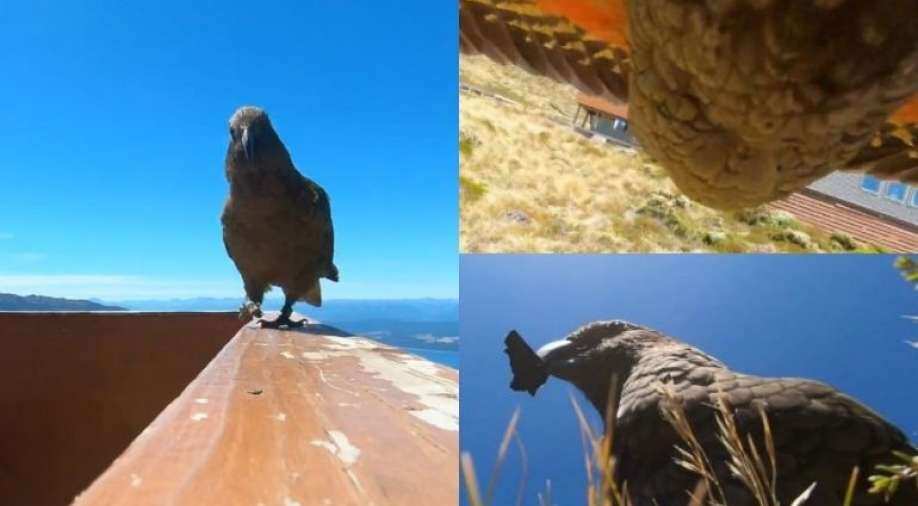 A mischievous parrot steals GoPro and flews with it in New Zealand. Photograph:( Twitter )

The family is from Dunedin, which is in the southeast of the country. The GoPro, which was stolen by New Zealand’s native parrot species ‘kea’, survived the ordeal

A family in New Zealand was in for a surprise recently when a mischievous parrot stole their GoPro and flew with it.

This led the Verheul family get an unexpected bird's eye view of Kepler Track trail that they had just hiked at Fiordland National Park, South Island.

The family is from Dunedin, which is in the southeast of the country. The GoPro, which was stolen by New Zealand’s native parrot species ‘kea’, survived the ordeal.

In an interview with broadcaster Seven Sharp on Thursday, Alex Verheul said that they had turned on the device to film a group of curious birds, who joined them outside the hut they were staying in.

📹| In New Zealand, a kleptomaniac parrot captured the natural beauty of the country's #Fiordland region on video with a stolen #GoPro camera. @docgovtnz pic.twitter.com/5rXCMqpIEd

As the bird had flown in a straight line, they were able to track it, Verheul added.

Finally, the bird settled on some ground and tapped at the gadget repeatedly with its beak. It also seems to have been able to rip off a chunk of plastic from the camera casing.

Also Read: Where can we expect the existence of alien life? Study makes the revelation

"We just followed the sound, went down there, could see them hanging out in the tree. They'd obviously heard us coming and abandoned the GoPro -- and my son, he decided to go check the rocks... and there it was, just sitting there, still filming," said Verheul.

"I downloaded (the footage) onto my phone... It was amazing. It was totally unexpected," added Verheul.