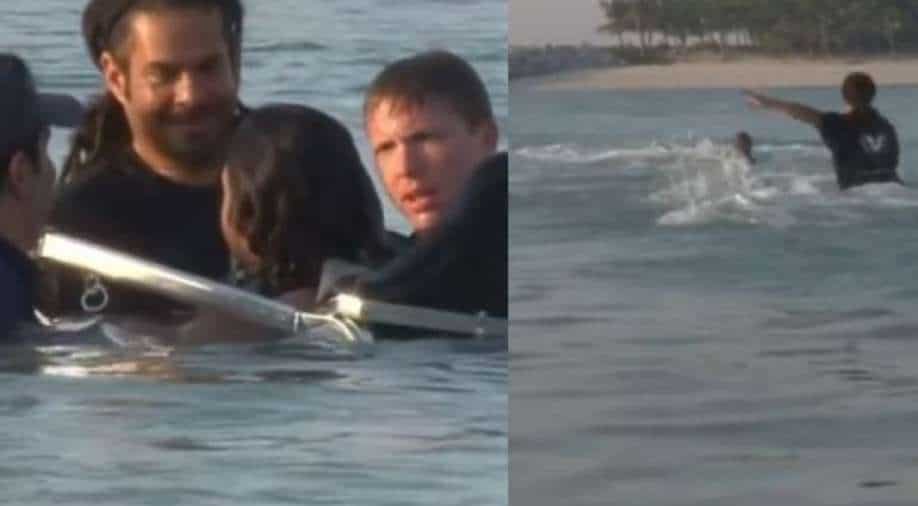 His friend did not surface for a few seconds alarming everyone as the extreme sporting stunt went haywire. Sheikh Hamdan rushed into the water and pulled out his friend as others followed.

He was seen hugging his friend as people laughed in relief around the duo.

The Instagram video with the hashtag #CloseCall posted on August 2 has garnered over 280,694 views with over 32,000 ‘likes’. Dubai’s Crown Prince, 38, is a keen water sports enthusiast himself.

He is also called "Fazza" which in Arabic means "the one who helps". The prince clearly lived up to his name. Sheikh Hamdan bin Mohammed bin Rashid Al Maktoum is also a social media influencer with over 12 million followers on Instagram.

The prince reportedly is a licensed skydiver and equestrian. He had won gold at the Alltech FEI World Equestrian Games in 2014 in France. He also helped his team win the gold medal at the 2012 games and bronze in 2010.

The prince is also an avid photographer and has reportedly climbed to the top of the Burj Khalifa and cycled with ostriches.