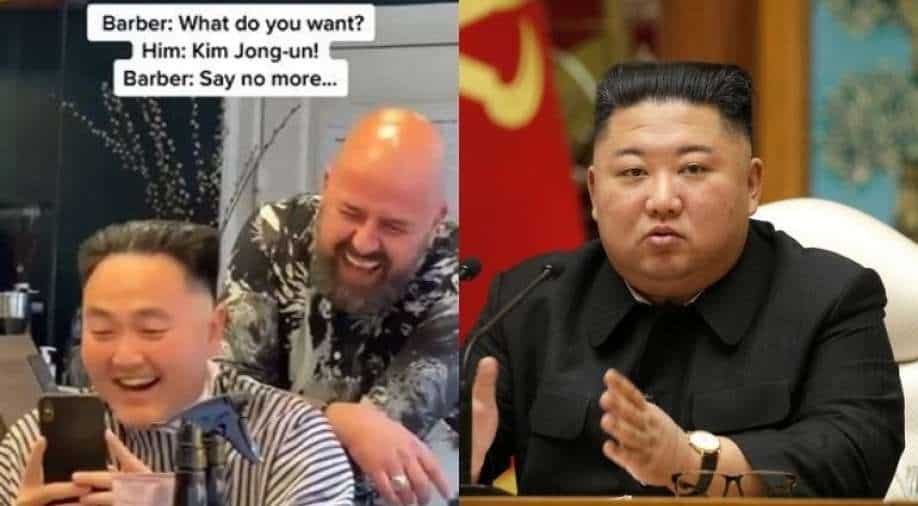 A man after getting Kim Jong-un-style haircut. Photograph:( Others )

The video of a man getting a haircut like North Korea's leader Kim Jong-un has gone viral. On getting the hair style, the man shared the video on social media. The netizens have loved it. It has got numerous views, likes and comments. In video, the man can be seen sitting on a chair and recording his reaction after seeing the haircut

In a recent viral video, a man can be seen asking a barber at a salon for a haircut like North Korea's leader Kim Jong-un. The man was not looking for anything but the usual Kim Jong-un-style hairdo.

The unique request may have been challenging but the hairstylist pulled it off really well.

Watch: An arms race has begun in the Korean Peninsula

After getting the required style, the man shared the video on social media. The netizens seem to have loved it. The video has got numerous views, likes and comments till now. The number is growing by every hour.

In the video, the man can be seen sitting on a chair and recording his reaction after seeing the haircut, which resembles to that of the North Korea's leader.

Also Read: Why is North Korea obsessed with missiles?

The barber, who pulled off the marvel with distinction, could also be seen in the clip. The duo can be seen laughing to their fullest. The video has also been shared on Reditt with the caption, which reads, “Kim Jong Un style haircut (sic).”

The viewers have also given numerous comments on the video. “Dude pulls it off! Looks good (sic),” said a user. “Wonderful decoy! Kim should hire him (sic),” another user wrote.