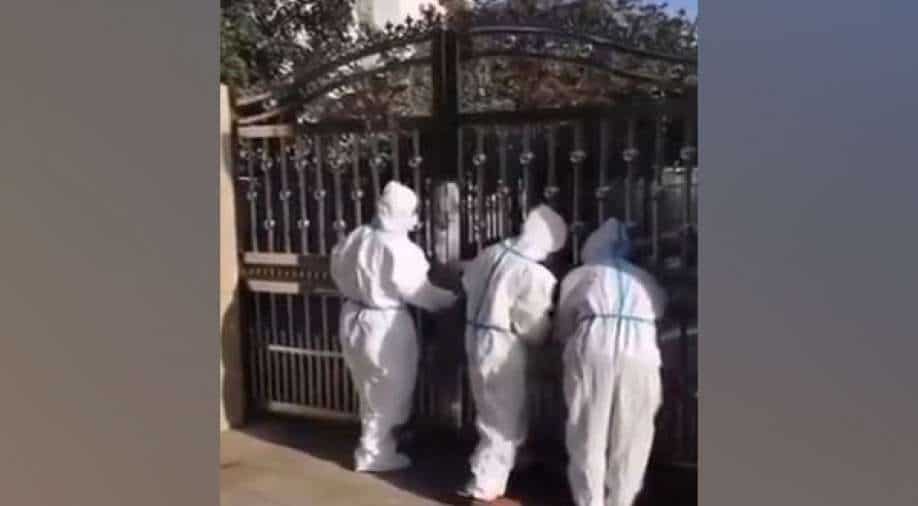 According to a Taiwan News report, if someone is discovered to have opened their door more than three times, the authorities will lock them inside.

Videos of Chinese officials keeping citizens inside their houses have appeared on social media as the Delta variation of COVID-19 spreads.

According to a Taiwan News report, if someone is discovered to have opened their door more than three times, the authorities will lock them inside.

As shown in a Twitter photo, people wearing full PPE gear can be seen hammering large metallic bars over a doorway in an X pattern at a house.

The Chinese Communist Party is locking people inside their homes again.

If someone in the building tests positive or has positive contact tracing, the whole building gets sealed for 14 to 21 days, sometimes longer.

According to authorities, the highly transmissible delta form is mostly responsible for China's recent clusters.

The National Health Commission said that 108 of the new confirmed illnesses, the largest number since Jan. 20, were locally transmitted, up from 94 the day before, while the rest were imported.

Most local infections were in the eastern province of Jiangsu and the central province of Henan.