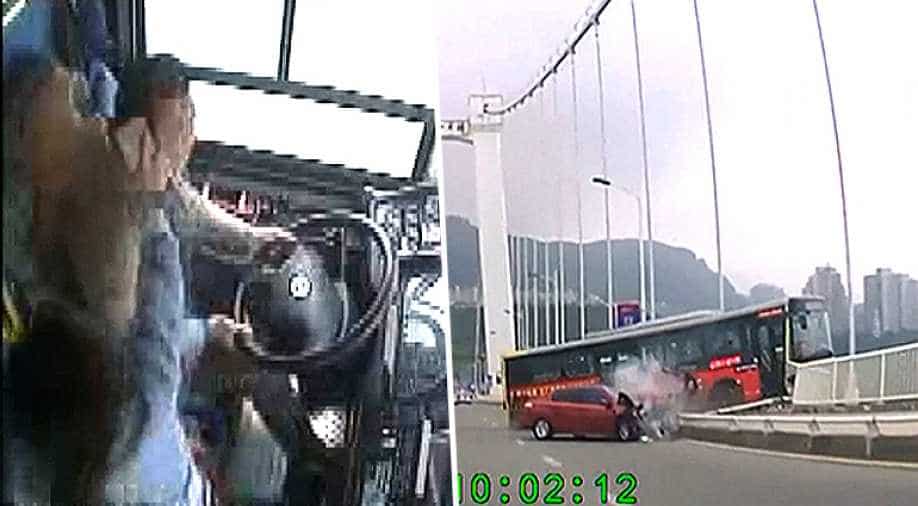 A bus on Sunday, plunged 50 metres off a bridge into the Yangzte River in Chongqing.

The deadly accident also saw a collision with a private car on a four-lane bridge.

The damaged bus was pulled out of the river on Wednesday and 15 people who were onboard are reportedly dead except driver who is said to have survived.

Early reports after the accident, has said that the driver war swerved to avoid an oncoming vehicle. But after the footage release, police has confirmed that the fight was the cause of the accident.

According to a report by BBC, the woman was angry because that the bus had missed her stop.

She hit the driver with her phone after the driver refused to stop and let her off.