War of the British succession 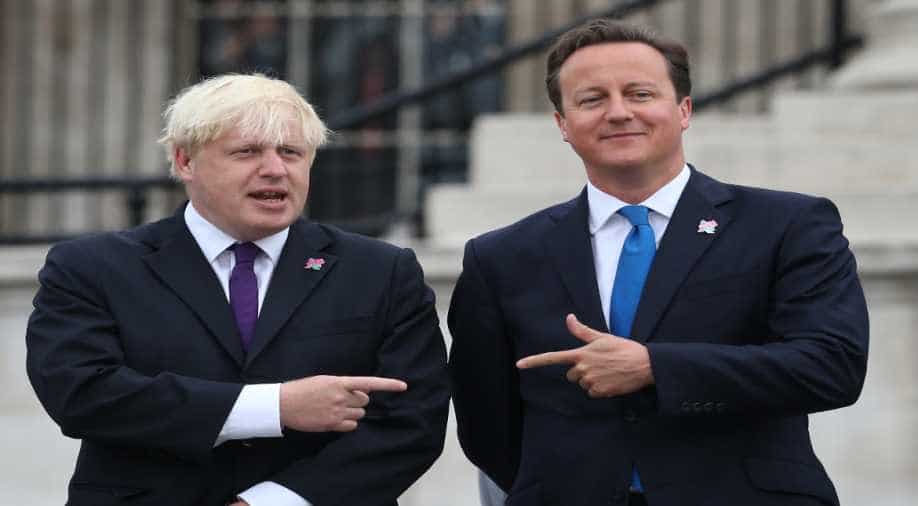 Cameron has left to his successor the task of renegotiating Britain's relationship with the EU. In Labour meanwhile, Angela Eagle is expected to announce a leadership challenge to Jeremy Corbyn. Photograph:( Getty )

Follow Us
Britain's two main political parties were embroiled in leadership battles today to decide who will lead the country through turbulent times in the wake of a vote to leave the European Union.

Interior minister Theresa May, who had been a low-key supporter of remaining in the bloc, announced her bid to succeed Prime Minister David Cameron after he resigned in the wake of the referendum.

"Following last week's referendum, our country needs strong, proven leadership to steer us through this period of economic and political uncertainty, and to negotiate the best possible terms as we leave the European Union," May wrote in The Times newspaper.

The 69-year-old's main rival for the Conservative leadership, the mop-haired former mayor of London and prominent "Leave" campaigner Boris Johnson, is expected to launch his campaign today.

Cameron has left to his successor the task of renegotiating Britain's relationship with the EU following an exit vote that has roiled the markets, sunk the pound, and prompted economists to slash their growth forecasts for the country.

The next Conservative party leader will take over by early September and will face a decision on whether to seek an election to gain a public mandate.

But Britain is also under pressure from the EU not to delay starting the formal notification of leaving the bloc, Article 50 of the Lisbon Treaty.

European leaders, keen not to encourage burgeoning anti-EU movements across the continent, have warned that Britain will not be able to pick and choose the cosiest terms of divorce.

Britain's main opposition party Labour has also been thrown into turmoil by the vote, as lawmakers moved in its aftermath to oust left-wing leader Jeremy Corbyn in a slow-motion revolt.

Senior lawmaker Angela Eagle is expected to announce a leadership challenge to Corbyn, who has refused to resign despite losing a confidence vote by MPs.

Corbyn, 67, has been criticised for making a lacklustre bid for Britain to remain in the EU, and even insinuations from former allies that he harboured eurosceptic feelings himself.

At a rally at a London university on Wednesday, a heckler called out "What about Europe, Jeremy? Where were you when we needed you?" before being drowned out by booing.

"We`re in the midst of a very interesting political time in this country. I was very honoured to be elected to lead the Labour party last year," Corbyn told the cheering young activists who form his support base.

"The mandate was given by hundreds of thousands of ordinary people... I`m very proud to be carrying on with that work."

Though Labour lawmakers passed a vote of no confidence against him by 172 to 40, Corbyn insists he still has the support of the party membership and will fight any leadership challenge he sees as a plot by the more right-wing elements of his party.

The former pensions minister Eagle quit as Corbyn`s business spokeswoman earlier this week in one of a string of resignations.

The ructions in both parties were splashed across today's front pages.

"Boris: I want to be your PM" read the eurosceptic Daily Express, while The Times read "May: I will reunite Britain".

May has a record as a hardliner on immigration, a driving issue in the EU referendum which was presented by "Leave" campaigners as an opportunity to reduce the numbers arriving in Britain.

Following through with that promise could prove a challenge.

EU president Donald Tusk warned Wednesday that if Britain wanted access to the bloc`s huge single market of 500 million people, it would have to accept the free movement of EU citizens.