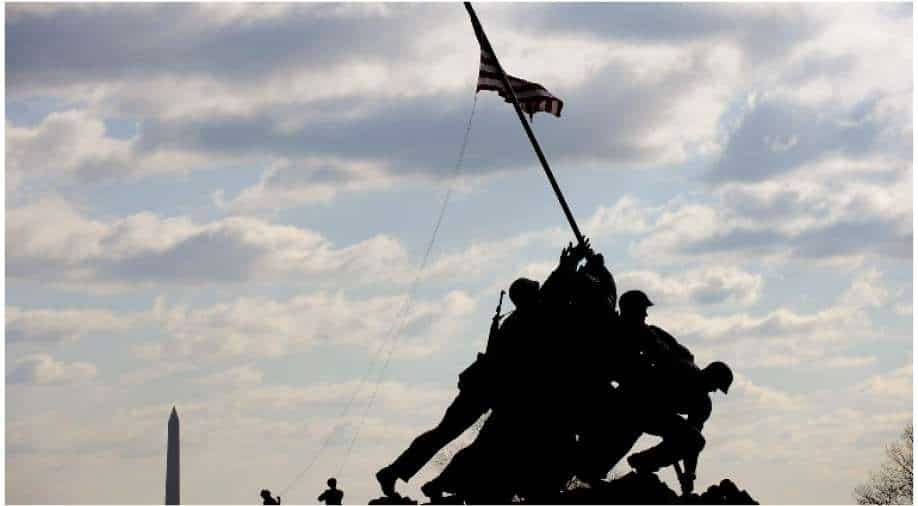 The iconic photo of raising of the US flag was captured at Iwo Jima. Image above shows a memorial dedicated to the iconic moment Photograph:( Reuters )

Island of Iwo Jima is where the iconic photo of US soldiers raising the US flag was captured. Japanes ships sunk at the island are now resurfacing due to seismic activity

Two dozen Japanese ships that were sunk near the island of Iwo Jima during World War 2 have been raised from the ocean floor due to seismic activity at Mount Suribachi, one of Japan's most dangerous volcanoes.

The 24 transport vessels were captured by US forces during the war. Satellite images from Japan's All Nippon News showed hulks of the ships raised from the ocean floor. During the war, the ships were moved to western part of the island to make up for absence of a port at that time.

The island of Iwo Jima has no inhabitants today but Japanese military has a presence there. It was the site of one of the bloodiest battles of World War 2. The island was of strategic significance to US, which thought of using it as a naval base that will in turn support the invasion of Japanese mainland.

During the battle to capture the island, the US lost 7,000 soldiers while the Japanese had 20,000 casualties.

It is on this island that the iconic photo of US troops raising the US flag was taken.