Vladimir Putin: From a rebellious kid to Russia's longest-serving leader 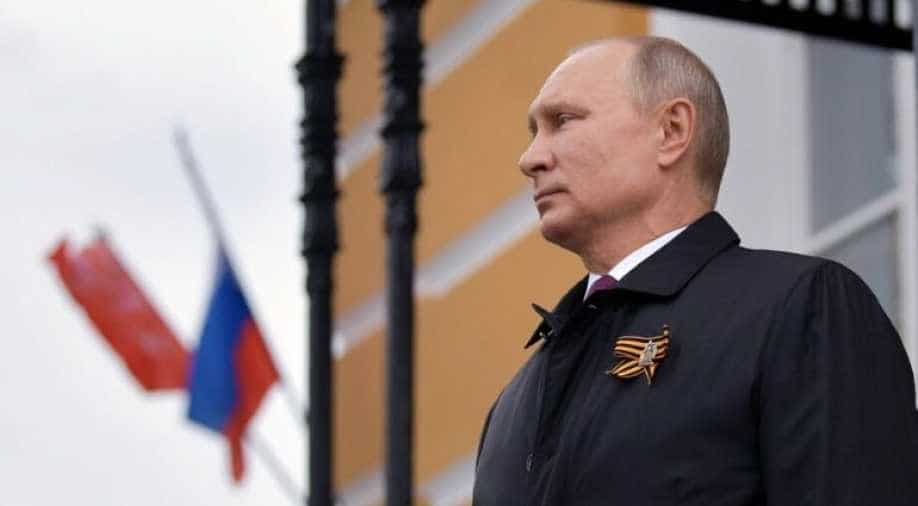 Putin grew up in the Soviet Union, was part of the Soviet machinery, takes pride in the Soviet glory and yet, manages to distance himself from the decay that marked USSR.

Vladimir Putin will be President for life and Indian Prime Minister Narendra Modi was the first foreign leader to have called the Russian President to congratulate him.

Russia has passed a referendum that gives him another 12 years as president. His current term ends in 2024. Add 12 years to that, and  Putin be Russia's leader till 2036. The longest-serving leader of Russia. Longer than Stalin who ruled for 29 years.

Putin grew up in the Soviet Union, was part of the Soviet machinery, takes pride in the Soviet glory and yet, manages to distance himself from the decay that marked USSR.

He's often been called the new age Tsar of Russia. A leader who has destroyed all political opposition and wins elections with landslides.

Putin was born to working-class parents, in a house that was said to be infested with rats and smelled of cabbage stew. He was rebellious. Children carried flowers for teachers, Putin took a potted plant. He was caught with a knife in school and denied membership to the youth wing of the Soviet communist party.

He called himself a hooligan. Played the guitar, listened to contraband Beatles records. His father pushed him to take up boxing. A punch broke his nose and he gave up.

Then he took up judo. It suited him better because he was short and thin. Putin says martial arts transformed his life, gave him a means of asserting himself.

Putin's first leadership role came in middle school. He was his school's leader for the communist party. His dream was to become a soviet secret agent. A dream he could never fulfil, even though he joined the kgb in 1975. He was evaluated as mediocre, withdrawn and uncommunicative.

Putin got one foreign posting in Dresden in East Germany. His only act of heroism came after the fall of the Berlin wall. There were protests.

An angry mob surrounded the KGB office. They had one guard and four officers. Lieutenant Colonel Putin was the seniormost. He called Moscow but received no help. So he wore his uniform, stepped out at midnight and bluffed. He told the protestors his guards had weapons and they would shoot. The crowd dispersed.

In March 1989, the Soviet Union had its first elections. Putin's introduction to politics was through his former law professor Anatoly Sobchak. It was because of him that Putin landed on the right side of the collapse of the Soviet Union.

Putin rose through the ranks and went on to become the right-hand man of President Boris Yeltsin.

December 14, 1999, Yeltsin held a secret meeting with Putin. He was stepping down and wanted Putin to take over.

Putin described the presidency as a "difficult destiny." For 16 days, Putin kept the news to himself. On December 30, Yeltsin shared it in a televised address. Putin's wife learned about it only when people called to congratulate.  He did not tell her he was going to be president.

Putin mastered the use of media to his advantage. As a young member of the mayor's team in St Petersberg, he commissioned a television documentary to introduce himself to Russia.

A documentary hosted by the top television face of the time. He did not expunge his KGB past. He distanced himself from their crimes. And said his experience in dealing with foreign forces would come in handy to lead a new Russia. To this day, propaganda movies remain a hallmark of Putin's political journey.

His initial years in power saw the economy steady. He was seen as a reformer, cutting taxes and expanding property rights. But soon he unleashed a new kind of authoritarianism.

He used national security as an excuse to tighten his grip on power. Two terms as President from 2000 to 2008. Then one term as Prime Minister till 2012, because the constitution did not allow him more than two terms. In 2012, when his trusted deputy stepped aside, Putin took the presidential office again, this time for two 6-year terms and now he'll rule practically as long as he wants.

Already at 67 with another 16 years secured, Vladimir Putin took an unexpected path to power, brutally crushing revolts and silencing critics, to keep the crown of Russia.