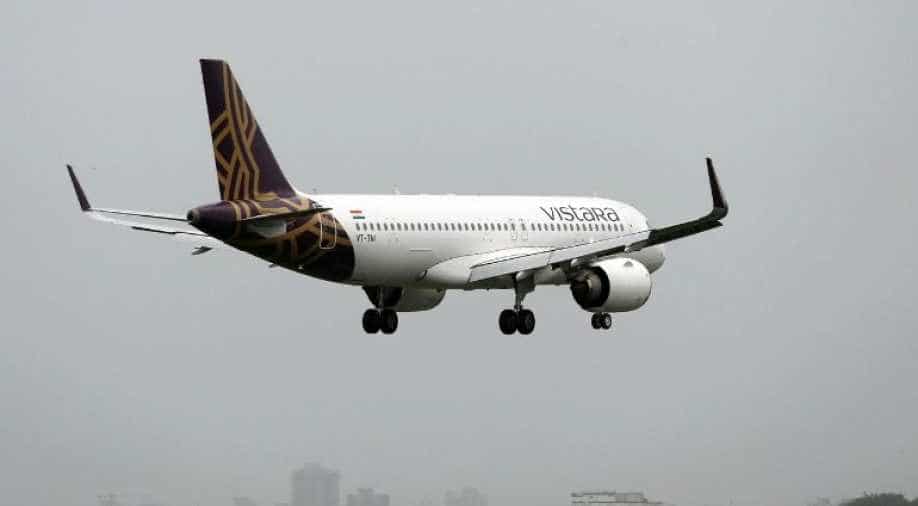 The carrier, a joint venture between Tata Sons and Singapore Airlines Ltd, will launch one daily flight from Delhi and one from Mumbai to the city-state, a popular destination for Indian travelers.

Indian full-service airline Vistara said on Thursday it would launch its international flights in August, a year later than anticipated, with Singapore as its first destination.

The carrier, a joint venture between Tata Sons and Singapore Airlines Ltd, will launch one daily flight from Delhi and one from Mumbai to the city-state, a popular destination for Indian travelers.

The loss-making Vistara airline has said the launch of international flights, which will give it a greater scale to grow, is part of its path to profitability.

The new services could also ease pressure on international airfares from India, which rose by as much as 32 per cent after the collapse of Jet Airways Ltd in April.

Vistara met the requirement of having more than 20 jets needed for international flights in June 2018. However, it took longer than expected to receive further regulatory approvals, which proved a setback at a time when the domestic market was highly competitive.

The Jet collapse, which has also pushed up domestic prices, led Vistara to add 6 Boeing Co 737s to its previously all-Airbus SE A320 fleet to fill a supply gap. Vistara said it would use the 737s on flights to Singapore.

"We're excited to start with Singapore as our first international destination, which we see as a very important market given the opportunities it presents for corporate, business as well as leisure travel," Vistara CEO Leslie Thng said in a statement.

The airline has ordered 6 long-range Boeing 787s, which will arrive from next year, giving it the ability to launch flights to more distant destinations.

Cash-strapped Air India, which the government hopes to sell, is the only Indian airline operating widebody planes since Jet stopped flying, but foreign carriers such as Virgin Atlantic and Delta Air Lines have announced plans to add services.

AirAsia India reached the 20 plane milestone in December and has said it wants to connect Indian passengers to destinations in Southeast Asia.