Sri Vijayendra's brilliance made him the pontiff of Kanchi Mutt 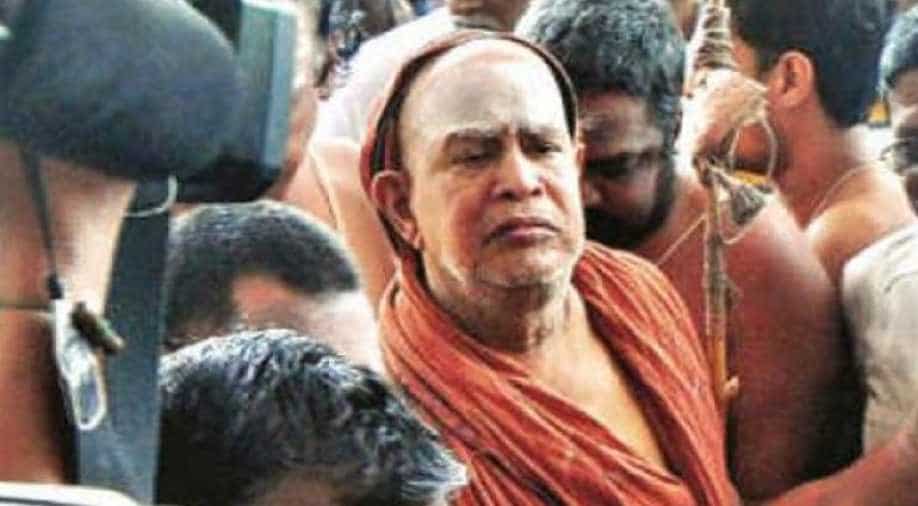 Decades ago, when a 13-year old boy stood up boldly at a Vedic meet held at the Kanchi Sankara Mutt here to correct the mistake of a scholar, the gathering was stunned.

Quite naturally, the 69th pontiff Sri Jayendra Saraswathi was deeply impressed by the brilliance and knowledge of the boy over Vedic scriptures.

On that occasion, none would have thought that the boy would one day become the head of the institution with a long tradition of disseminating spiritualism and the philosophy of Sri Adi Shankaracharya.

The boy, from a Telugu speaking Brahmin family, was later christened "Sri Sankara Vijayendra Saraswathi Swamigal," when he became the 70th Acharya of the Kanchi Kamakoti Peetam on May 29, 1983.

"Since 1983 and till 1993 there were three acharyas of the Mutt at the same time. Till 1983 there have not been three gurus simultaneously, said T G Ganesan, a spiritual activist and devotee of the Kanchi Mutt.

Sri Vijayendra Saraswathi was born as the eighth child of a vedic scholar, M Krishnamoorthy and Ambalakshmi couple in 1969.

Named Sankara Narayanan, he was a native of village Thandalam in Tiruvallur District and was born in Arni in Tiruvannamalai District.

After attending school until class five, he joined a Veda Patashala and soon after he displayed a deep understanding and knowledge of the scriptures.

"When Sri Vijayendra pointed out that mistake boldly as a young boy, Sri Jayendra Saraswathi was deeply impressed. He, after taking the advice of Sri Maha Periyavar (Chandrasekarendra Saraswathi) decided to anoint Sankara Narayanan as the 70th pontiff,' the devotee told PTI.

Vijayendra Saraswathi, who wears a smiling face, is noted for his keen interest in interacting with devotees and has knowledge of Tamil, Telugu and Sanskrit.
He was trained in shastras, upanishads, mimamsa and other schools of thought.

Vijayendra Saraswathi was instrumental in taking forward a number of initiatives for the propagation of spiritualism and expansion of on-going service activities.

Some of them include 'kendras' for Bhakti, Dharma and Karma which inculcate values and tradition to the youth, according to another devotee and associate of Jan Kalyan (an initiative of Kanchi Mutt), R V Ramanujan.

The 70th pontiff, who will from now on fully shoulder the responsibility of steering the Mutt which is involved in a string of spiritual, service and healthcare activities.
The seer courted controversy when he did not stand up during the playing of Tamil anthem at a function in Chennai in January, this year.

Vijayendra Saraswathi had remained seated in his chair on the dias with his eyes closed when the invocation song to mother Tamil, known as 'Tamil Thai Vaazhthu', was played.

The function for the release of a Tamil-Sanskrit dictionary. was presided over by Tamil Nadu Governor Banwarilal Purohit.

The pontiff had, however, stood up when the national anthem was played on the occasion, leading to a controversy.

Political parties, including DMK, alleged that it was an act of disrespect to the Tamil language which was, however, denied by the mutt.

The seer was also among those acquitted along with Sri Jayendra Saraswathi in the Sankararaman murder case of 2004.