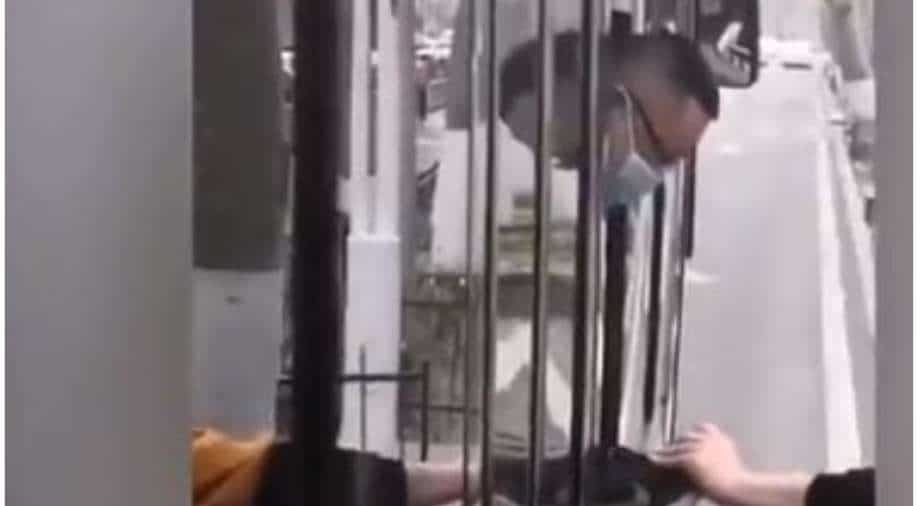 (Image courtesy: SCMP) The man trying to escape the bus through the window Photograph:( Twitter )

Public transport can be a blessing for society in general but can also be a nightmare for those who have to face misbehaving co-passengers. Things that go wrong can range from a minor nuisance to serious crimes like sexual harassment. In all such cases, role played by fellow travellers often proves to be important.

A video tweeted by South China Morning Post (SCMP) is being shared widely. The scuffle at the very start of the video makes a viewer confused for a while. But then it becomes clear that it is a commotion inside a bus filled with passengers.

As per SCMP, the video shows a man trying to escape the bus after allegedly sexually assaulting a university student. As per information in the video, the bus-driver locked the doors to prevent the man from escaping. The man then tried escaping through the window, but co-passengers held him back. Even a passerby came to help and obstructed the man's escape route from outside the bus.

A man allegedly sexually assaults a student on a bus. Everyone made sure he couldn't escape. pic.twitter.com/ILaCXDMZJ0

This video has got close to 100,000 views in just 2 days after it was posted. Everyone is praising the passengers and a good samaritan who ensured that a man accused of a sexual crime was not able to escape.