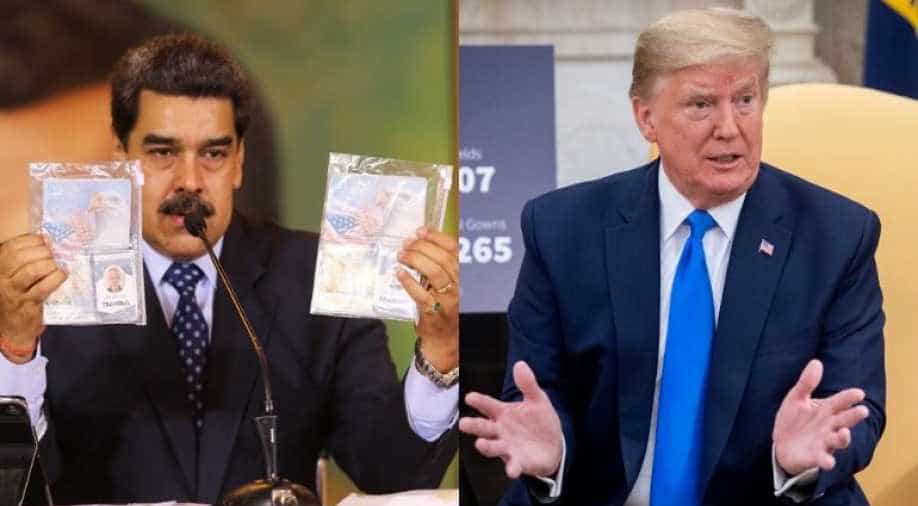 President Nicolas Maduro, said: "The main objective was to kill the Venezuelan president, a terrorist attack in the middle of a pandemic."

There is high drama in South America. Venezuelan President Nicolas Maduro has accused the United States of plotting a coup.

American arrested in Venezuela, Luke Denman, said: "To me, Venezuelans in Colombia, train them and come with them to Venezuela to Caracas and a secure airport here."

This video is playing on television screens across the world. This is American citizen Luke Denman. He is currently in Venezuelan custody.

What for? For trying to stage a coup.

It's a plot straight out of a Hollywood movie. The story begins sometime last week.

On May 4, Venezuela had news for the world. Nothing to do with the pandemic. Venezuela said it had foiled a maritime incursion. Mercenaries had tried to enter the country through the sea.

Their speedboats were intercepted by the Venezuelan military. Venezuela said 8 attackers were killed on the coast of La Guaira.

This is some 30 kilometres from the capital city of Caracas.

President Nicolas Maduro, said: "The main objective was to kill the Venezuelan president, a terrorist attack in the middle of a pandemic."

It did not take long for President Nicolas Maduro to cry coup. It was all planned in the White House, he said.

On May 6, 2020, Venezuelan President Nicolas Maduro said: "Donald Trump, Mike Pompeo were directly behind this."

Later, Venezuelan authorities arrested 13 people. Among them were two Americans.

Luke Denman and Airan Berry, Venezuela said the duo played a key role in the plot.

Adding-- they were working with Jordan Goudreau-- an American military veteran who runs a security company in Florida.

Maduro furnished proof, he said: "Here's his license as part of silvercorp. Here's the passport of the other American mercenary who was a member of Donald Trump's security, they claim. Berry, Airan was born May 15, 1978, in Texas, United States. His identification as a member of the silvercorp company. "

Goudreau has reportedly admitted to organising the invasion. He also admitted to working with Denman and Berry.

Back in Caracas, opposition leader and self-proclaimed president Juan Guaido rubbished the alleged incursion. Maduro is trying to divert attention from real issues, he said: "They want to sow confusion, they want to sow a state of apparent commotion to hide what's going on in Venezuela."

The United States has been tight-lipped on this supposed botched coup.

Secretary of State Mike Pompeo has called it a consular matter. He said: "We want to get every American back. If the Maduro regime decides to hold them, we'll use every tool that we have available to try and get them back. It's our responsibility to do so."

Venezuela meanwhile is beating its chest. It's latest so-called proof against the trump administration is this confession video where Luke Denman said: "My responsibility to silvercorp are written into a contract or described in a contract signed by Jordan Goudreau, Juan Rendon and Juan Guaido."

The 34-year-old Denman claims that the plan was to secure a Caracas airport so that Maduro could be sent to the United States.

This edited video is Maduro's best ammo against the trump administration. He is now lodging a case at the International Court of Justice.

The culprits are the US government and President Donald Trump.