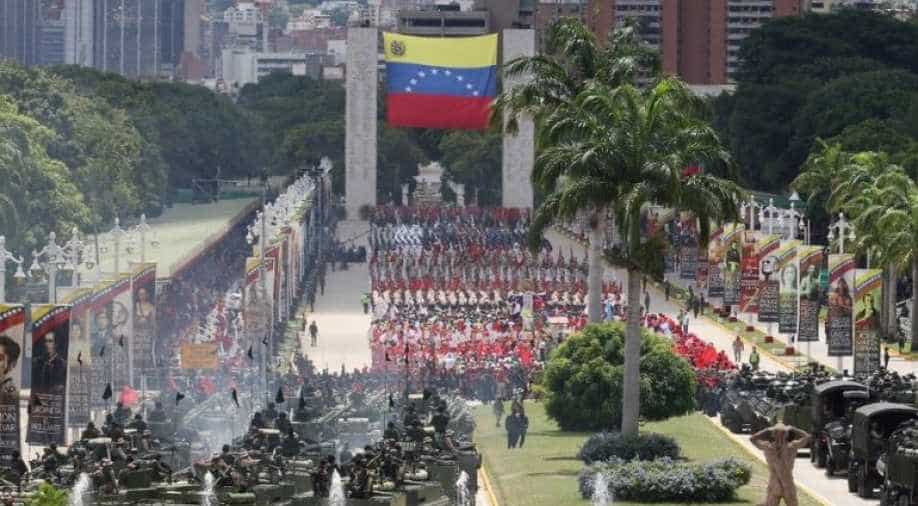 A military parade at Los Proceres Boulevard in the framework of the celebrations for Venezuelan Independence Day. Photograph:( AFP )

The country celebrated its 1811 Declaration of Independence on July 5.

The country celebrated its 1811 Declaration of Independence on July 5.

Maduro led a military parade down the Paseo de los Proceres, a boulevard to honour the country's founders.

Guaido, on the other hand, encouraged supporters to not give up hope.

"Don't leave! We're going to get there! Have no doubt, we'll succeed," Guaido said.

Meanwhile, the UN human rights chief lamented the erosion of rule of law in Venezuela, pointing to attacks on political opponents and activists, including using torture and killings.

The report pointed out that, according to a count by Caracas, nearly 7,000 people have been killed during security operations in Venezuela in the past year and a half.

The report also decried a wide range of other grave rights violations in Venezuela, which is caught in an economic crisis and a political standoff between President Nicolas Maduro's government and National Assembly leader Juan Guaido.