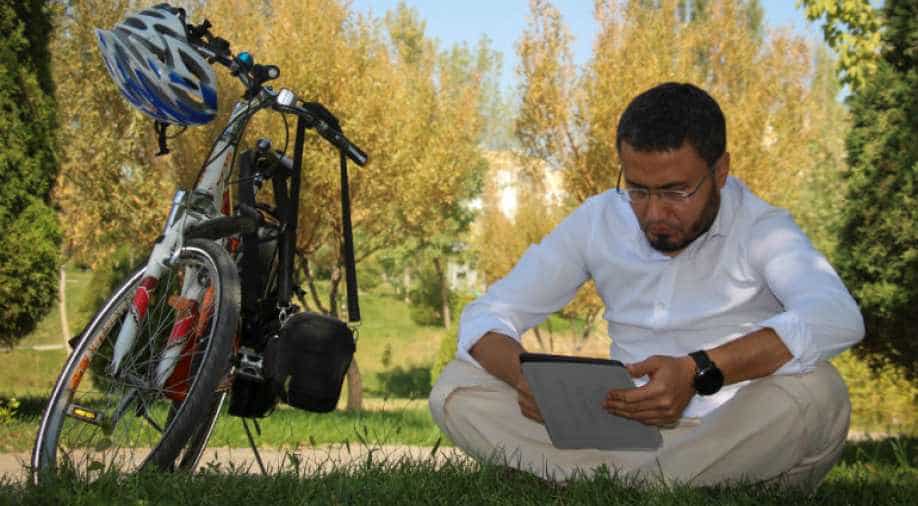 Publicly criticising the Tashkent government was something unthinkable for its 32 million citizens under Islam Karimov, who had run the mostly Muslim former Soviet republic from 1989 until his death in 2016, brooking no dissent.

In September 2018 Uzbek blogger Davronbek Tojialiyev quietly packed some clothes in a bag and waited for a seemingly imminent arrest, following the detention of several other online activists.

But police have never come for him and the bespectacled 34-year-old writes on about sensitive issues in breaks between his work as translator, one of a handful of bloggers breaking long-time taboos by criticising state policies and officials.

The detentions in September were an apparent slap on the wrist for those who had, in the authorities' eyes, gone too far. However, it is unlikely to stop people like Davronbek from pushing the boundaries.

Publicly criticising the Tashkent government was something unthinkable for its 32 million citizens under Islam Karimov, who had run the mostly Muslim former Soviet republic from 1989 until his death in 2016, brooking no dissent.

"During Karimov's time bloggers could write only about small issues, mostly social, it was not possible to talk about serious and political subjects," says Tojialiyev.

Karimov's successor, Shavkat Mirziyoyev, has proclaimed a new era of openness, moved to curb the powers of the feared security forces, and launched a website through which citizens could raise their grievances.

This has helped Tashkent improve its image abroad and start working on attracting badly-needed foreign investment. It also encouraged bloggers to abandon self-censorship and question policies they saw as excessively strict and unnecessary.

Success has encouraged bloggers to become more assertive. So when the government published a draft of school uniform regulations in June, some criticised it for disallowing hijabs, headscarves worn by Muslim girls and women.

Some online activists, including Tojialiyev, strongly criticised the proposed regulations, demanding that female students be allowed to wear hijabs.

Several prominent bloggers attacked the regulations some even called for protests. They were later joined by an imam of one of Tashkent's mosques who urged Mirziyoyev to intervene.

The pushback was swift: police arrested several bloggers and the activist imam was dismissed. One of the bloggers, Adham Olimov, told Reuters a court had sentenced him to 15 days of administrative arrest on charges of disobeying police orders - which he denies.

But while Tojialiyev's optimism has waned, his determination has not.

Tojialiyev says many bloggers have since stopped writing about sensitive issues and friends have asked him to do the same, but he has not experienced any pressure or intimidation from the authorities.