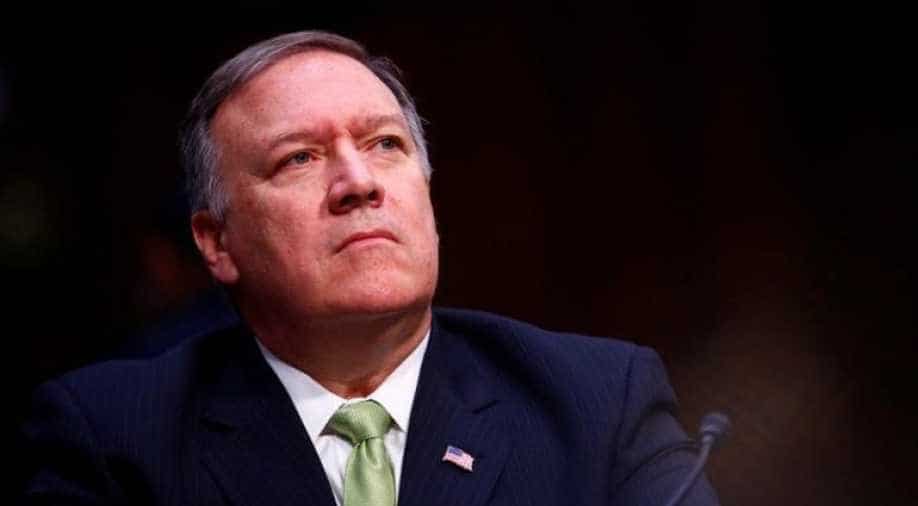 Pompeo said joining was not in Italy's long-term interest.

US Secretary of State Mike Pompeo voiced disappointment Wednesday after Italy joined China's "Silk Road" network of transport and trade links, saying it was not in the ally's long-term interest.

Rome's populist government signed a "non-binding" protocol with visiting President Xi Jinping on Saturday that made Italy the first nation in the Group of Seven major economies to become part of the signature Chinese project.

"It's disappointing anytime any country begins to engage in behaviour and commercial interactions with China that aren't straight up," Pompeo told the House Foreign Affairs Committee in response after a lawmaker asked about the Italian decision.

"We're saddened because we think the people of those countries ultimately lose," Pompeo said.

Under the Silk Road initiative, named for the ancient trading route across Eurasia, China is funding major rail, road and sea infrastructure as it seeks a big boost in international trade.

Pompeo, however, said that China practised "debt-trap diplomacy" with its state-owned or state-controlled enterprises looking after only their own interests.

"It may feel good in the moment — you think you got a cheap product or a low-cost bridge or road built. And in the end there will be a political cost attached to that which will greatly exceed the economic value of what you were provided," he said.

The United States has stepped up its warnings around the world about China's growing economic clout.

It has notably urged nations not to choose Chinese telecom giant Huawei to upgrade to fifth-generation communications, voicing privacy and security fears.

Critics say that the United States is mostly trying to shore up its own businesses which are facing tough competition, with Huawei selling phones that are substantially cheaper than Apple's.