China's Belt and Road led to corruption in Malaysia: Report 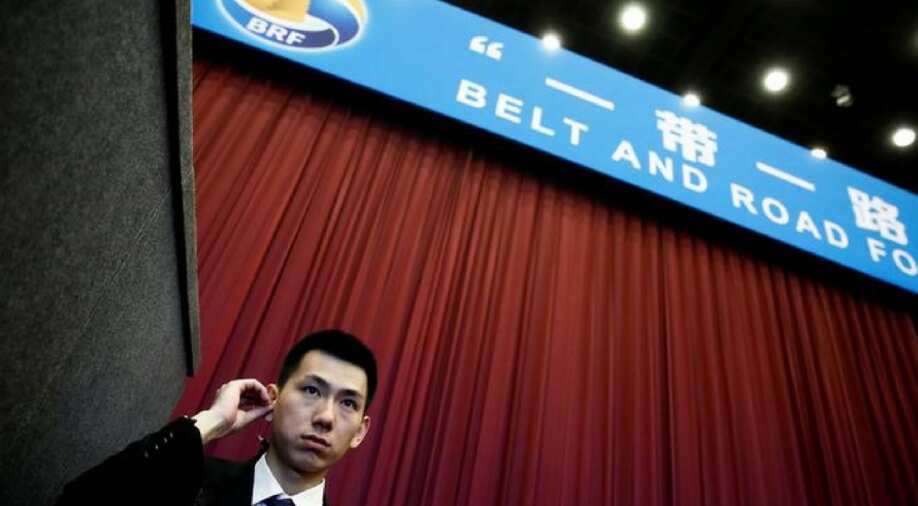 A security guard stands at the entrance to the opening ceremony of the Belt and Road Forum in Beijing, China, May 14, 2017. Photograph:( Reuters )

Infrastructure projects, funded by China, were planned in Malaysia at 'above market profitability' with excess funds created to 'settle the 1MDB debts.'

China's multi-billion dollar 'One Belt and Road' (OBOR) initiative has 'funded' corruption in Malaysia, an investigation carried out by The Wall Street Journal (WSJ) has revealed.

The documents, accessed by the WSJ, reveal Beijing's designs of causing corruption in Malaysia.

Quoting the investigative piece, SupChina said the minutes of the meeting of Najib Razak-led Malaysian government, which was in power from April 2009 to May 2018, as well as the interviews with "people in position to know the events, among them a former official of Mr Najib's government" revealed China's overseas influence.

"Chinese officials told visiting Malaysians that China would use its influence to try to get the US and other countries to drop their probes of allegations that allies of then-Prime Minister Najib Razak and others plundered the fund known as 1MDB," writes SupChina's Associate Editor Lucas Niewenhuis.

Infrastructure projects, funded by China, were planned in Malaysia at "above market profitability" with excess funds created to "settle the 1MDB debts."

The East Coast Rail Link, a major part of China's initiative, was originally estimated to cost $7.25 billion. But turned into a $16 billion project, though it was suspended by Malaysia's new Prime Minister Mahathir Mohamad.

Referring to the WSJ piece, Niewenhuis says that there are many 'juicy details' in the report, like China's State-owned Assets Supervision and Administration Commission Xiao Yaqing, in June 2016, said that Chinese President Xi Jinping had "personally approved the infrastructure initiatives." However, attributing the information to online news portal Malaysiakini, SupChina says both Najib and the Chinese embassy in Kuala Lumpur, have denied these allegations.

The FT also reports that Malaysia's Finance Minister Lim Guan Eng said that he would like to have a copy of those minutes that the WSJ report mentions, adding that he would "pursue" anything that is "in black and white" regarding the alleged improper deals.

According to Singapore's state broadcaster Channel NewsAsia, Lim said, "We know that the price (of projects with China) is inflated, but whether there was such a deal, I have to check."