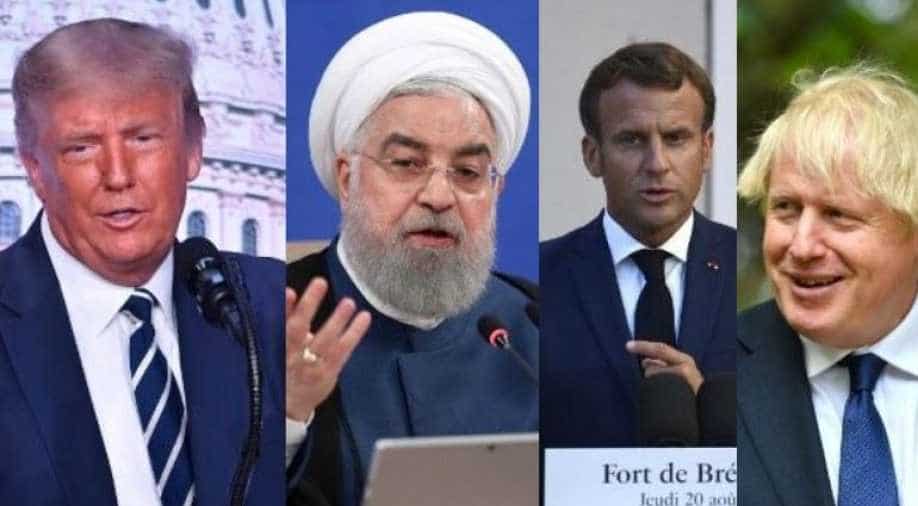 UNSC members Britain, France and Germany have contested the US sanctions and informed the UN body that they favour sanctions relief for Iran.

Amid the sanctions row over Iran, the differences between the United States and United Nations Security Council(UNSC) members Britain, France and Germany have come out in the open as US officials said that "UN sanctions against Iran will come back into place this weekend."

Also Read: Is the US-brokered Abraham Accord a regional front against Iran?

UNSC members Britain, France and Germany have however contested the US sanctions and informed the UN body that they favour sanctions relief for Iran. The Trump administration had pulled out of the 2015 Iran nuclear deal, however, the US insists it is still a participant since its name is still listed.

US secretary of state Mike Pompeo had last month triggered the 30-day process at the UNSC to enforce UN sanctions on Iran. However, 13 members of the Security Council say the Trump administration's move is void as it is no longer part of the nuclear deal. The US government had introduced the "snapback," which aims to re-establish all sanctions against Iran on August 20.

Earlier last month, the Trump administration had moved to extend arms embargo on Iran at the UNSC but had suffered a defeat. Pompeo hit back at US allies saying they were "siding with Iran's Ayatollahs."

Pompeo had asserted that the US would "do all the things we need to do to make sure that those sanctions are enforced."

"We are going to act in a way -- and we have acted in a way -- that will prevent Iran from being able to purchase Chinese tanks and Russian air defence systems," he said, adding, "We expect every nation to comply with UN Security Council resolutions - period, full stop."