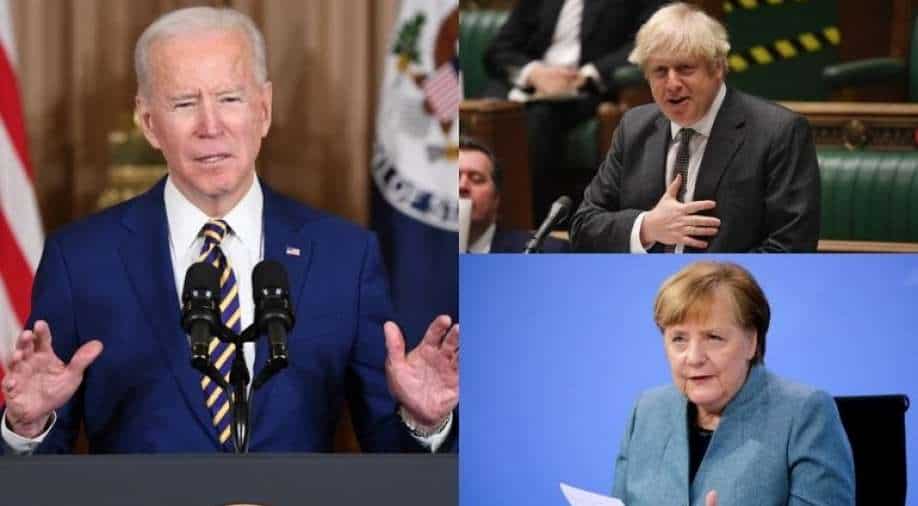 This first, in-depth exchange between the foreign ministers since President Biden's inauguration was characterised by a trusting and constructive atmosphere

In a statement, the German foreign ministry said, "The foreign ministers agreed that they want to revive the traditionally close transatlantic partnership and tackle global challenges together in future."

"This first, in-depth exchange between the foreign ministers since President Biden's inauguration was characterised by a trusting and constructive atmosphere."

The European foreign ministers and their new US counterpart Antony Blinken discussed the Iran nuclear deal, which has been in tatters since former President Donald Trump pulled out of the pact in 2018.

"The E3 and the US discussed how a united approach could address our shared concerns towards Iran," tweeted British Foreign Secretary Dominic Raab, with E3 referring to the three European signatories to the 2015 Iran deal.

French Foreign Minister Jean-Yves Le Drian on Twitter described the talks as an "important conversation on Iran" and handling nuclear and regional security challenges "together".

Blinken and his counterparts "affirmed the centrality of the transatlantic relationship in dealing with security, climate, economic, health and other challenges the world faces," Price said.