US, UK, and other allies accuse China of violating commitments by ousting Hong Kong leaders 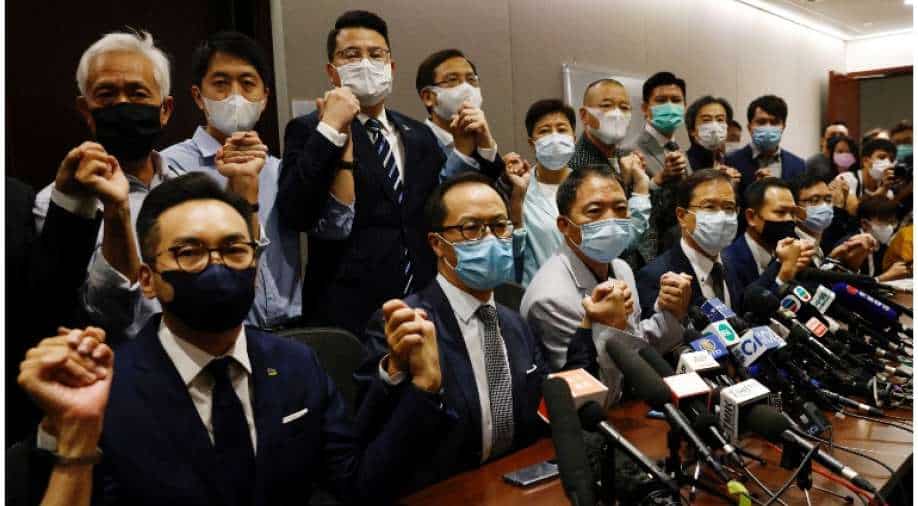 The foreign ministers of the five ally nations said Beijing is acting against its 1984 promise that it would preserve autonomy in the region following its hand over by the UK in 1997.

"China's action is a clear breach of its international obligations under the legally binding, UN-registered Sino-British Joint Declaration," said the joint statement of the four countries, as reported by news agency AFP.

Also read | Why are some pro-democracy activists in Hong Kong, Taiwan still hoping for Trump victory?

Calling the move by China on Hong Kong a "concerted campaign to silence all critical voices," the allies urge Chinese and Hong Kongese authorities to respect legitimate "concerns and opinions" for "the sake of Hong Kong's stability and prosperity".

The foreign ministers were reacting on Beijing's latest move to silence dissent in Hong Kong by the removal of four opposition lawmakers, which caused the en masse resignation of their remaining colleagues.

China's parliament body last week issued a decree that local authorities could expel any political leader seen as a threat to national security without the permission of courts.