Why are some pro-democracy activists in Hong Kong, Taiwan still hoping for Trump victory? 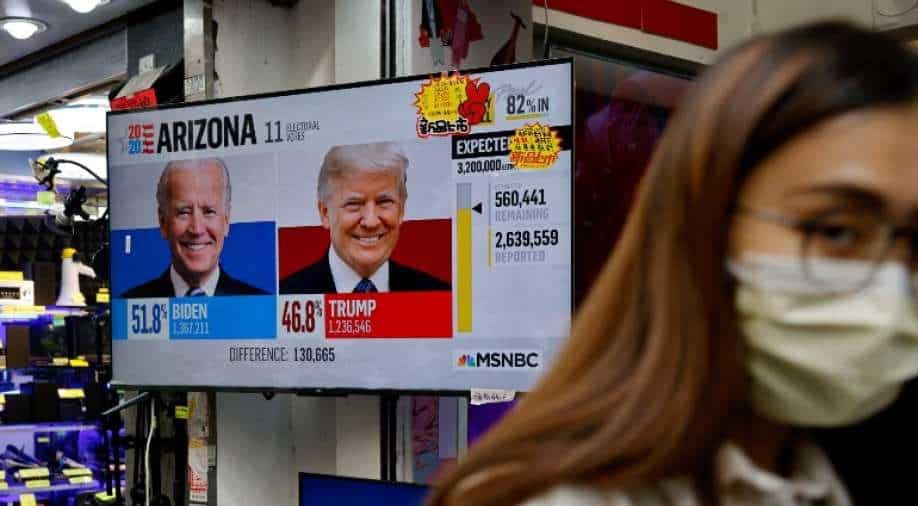 President-elect Joe Biden is getting congratulatory messages from several world leaders for winning the presidency, but some democracy activists in Hong Kong and Taiwan are still hoping that Donald Trump becomes the President of the United States.

Trump's refusal to accept America's mandate has caused divisions in the pro-democracy movement in Hong Kong because of its connections with the Republican party.

Also read | How the dream of Hong Kong democracy was dimmed

An op-ed with the headline: 'President Biden will stand with Hong Kong- more effectively than Trump ever did', published by The Hong Kong Free Press has been harshly criticised with comments such as Joe Biden was "in the CCP’s pocket" and the results are yet to be announced.

"I'm genuinely surprised at the level of right-wing disinformation that has influenced Hong Kong circles. The number of friends who have linked me to Breitbart articles or other easily-debunked misinformation is depressing," said Sasha Ramani, one of the co-authors of the article, as quoted by The Guardian.

Last month, a YouGov poll found that Trump was most popular in Hong Kong and Taiwan, two regions where China has increased its authoritarian measures to suppress any Beijing-related dissent and strengthen democracy.

In the last several months, Trump has taken several measures against China after the coronavirus crisis began, which includes slapping sanctions and providing billions of dollars of weapons to Taiwan.

Though Biden has claimed that he will act tough on Beijing, some people in Hong Kong fear whether the president-elect will walk the talk.

Journalist Johan Nylander, who has lived in Hong Kong for a decade, said a lot of anger and aggression has risen since the US election, that includes claims that Biden stole the election.

A local reporter, who did not want to be identified over concerns of facing online abuse, said colleagues and media organisations had been called "pro-Biden or favouring Biden in their coverage".

"One example is Apple Daily – its owner Jimmy Lai was very clear that he supported Trump, he predicted Trump would win … and their own coverage was generally pro-Trump. But the [Apple Daily] journalists did what every journalist does and factchecked stories. And they were accused of 'showing their true colours', siding with Biden. There's this kind of conspiracy that keeps going on," he added.