US troops scot-free after Afghanistan drone attack. What really happened? 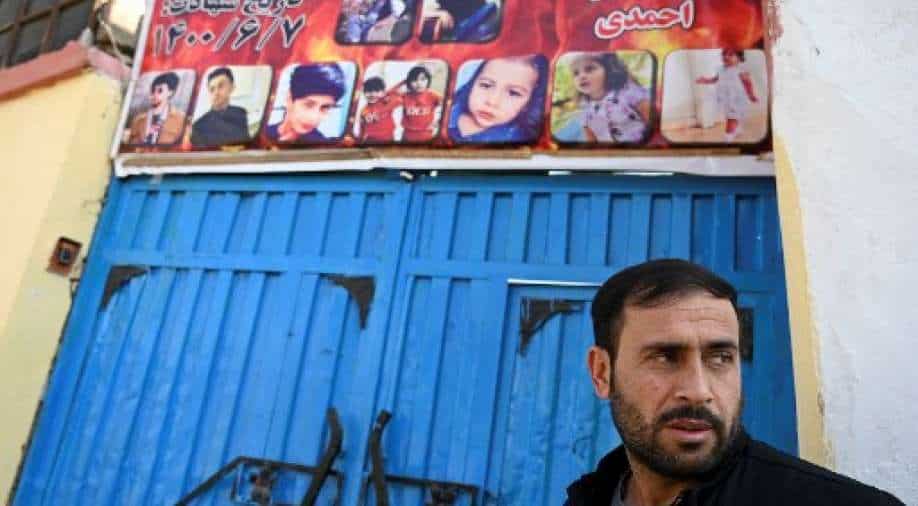 A poster of the victims who lost their lives in the US drone strike Photograph:( AFP )

The United States on Monday said that no disciplinary action will be taken against its troops and officials responsible for the ghastly drone attack that killed 10 Afghan civilians.

“The secretary's not approving or calling for additional accountability measures,” Kirby told reporters during a briefing.

"I do not anticipate there being issues of personal accountability to be had with respect to the August 29th airstrike," he added.

The investigations by two officers, Gen. Kenneth F. McKenzie Jr., head of the military’s Central Command, and Gen. Richard D. Clarke, head of the Special Operations Command, found no grounds for penalising any of the military personnel involved in the strike, said Kirby, the Pentagon’s chief spokesperson.

Also read | No US troops to be punished for Kabul airstrike that killed 10 civilians, says Pentagon

"But in this particular case…there was not a strong enough case to be made for personal accountability” and no one was found criminally negligent, he said.

The US military had carried out the drone strike near the international airport in Kabul against the ISIS-K militants who were readying themselves to launch another suicide attack at the Hamid Karzai International Airport.

They claimed to have successfully killed the Islamic State – Khorasan (ISIS-K militants), but a survey of the area and interview of the civilians done by WION revealed that the strike actually claimed the lives of civilians.

What led to the drone strike?

During the last days of the chaotic pull-out of troops from Afghanistan, the US had received an intelligence report about an imminent attack by the ISIS-K militants on Hamid Karzai International Airport in Kabul.

It was just days after 13 US service members were killed outside of the Kabul airport by a suicide bomber.

At the time, officials claimed that they had received intelligence information about a white Toyota carrying a car bomb.

It was reported that the US officials were monitoring the car and its driver, as he made several “suspicious” stops near the airport.

After monitoring him for nearly 8 hours, US launched a 20-pound Hellfire missile from a drone.

Even before the details of the casualties emerged, the US troops hailed the attack, claiming that ISIK militants were killed, with General Mark Milley—US’ highest military rank officer— justifying the bombing, saying, “The procedures were correctly followed, and it was a righteous strike.”

But it was later revealed that an aid worker, Zemari Ahmadi, was driving the car. And the airstrike killed seven children and two other adults, apart from Ahmadi—none of those linked to IS terrorists.

Days after news reports emerged that the civilians were the ones who lost their lives instead of the terrorists, the United States admitted its mistake.

At that time, US Defense Secretary Lloyd Austin issued a statement, apologising to the relatives of those killed in the drone strike.

Kirby said the decision to launch a drone strike was taken after thoughtful analysis and proper intelligence reports.

The decision should not be interpreted as a sign that the department is "turning a blind eye," to the killing of civilians, Kirby explained, adding, “It's just that you have to look at (the counterterrorism strike) in time and space.”

“You have to look at this particular strike and not draw broader, wider conclusions about accountability and high standards of conduct based on this one outcome,” he added.