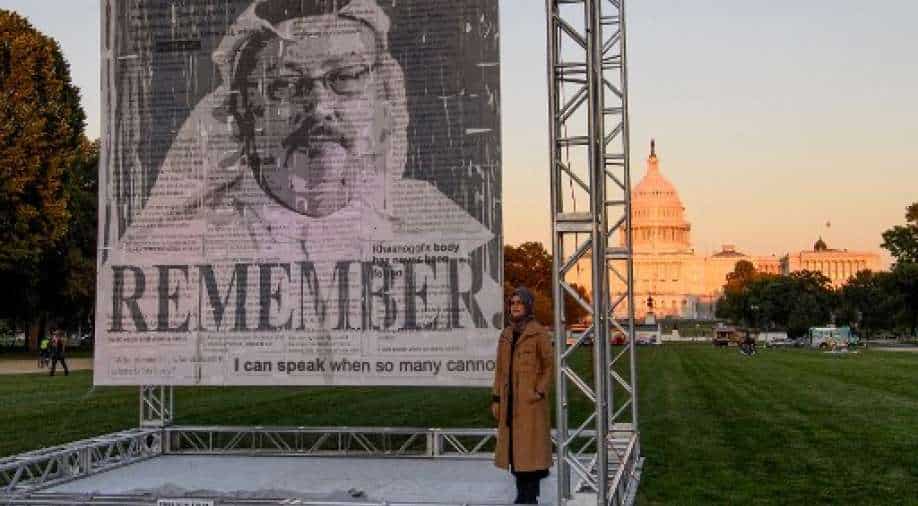 To honour Saudi journalist, US to change name of street in front of embassy Photograph:( AFP )

The decision came after the council voted unanimously. As a part of the process, the bill from the council will be signed by Washington Mayor Muriel Bowser

To honour the murdered Saudi journalist Jamal Khashoggi, the Washington city council has decided to change the name of the street in front of the Saudi Arabia embassy. It will be now called 'Jamal Kashaoggi Way.'

The council bill stated, "Through his journalism, Jamal Khashoggi was a fierce advocate for democracy, human rights, and the rule of law. By designating the street fronting the Royal Embassy of Saudi Arabia after Jamal Khashoggi, the District is creating a memorial in his honor that cannot be covered up or repressed."

The decision came after the council voted unanimously. As a part of the process, the bill from the council will be signed by Washington Mayor Muriel Bowser. Also, it is not expected to see any sort of objection US Congress, which reviews all legislation from the US capital city government.

Also read | One of the suspects of Jamal Khashoggi's murder arrested in France: Reports

Khashoggi was a prominent journalist who was based in the US in self-exile. He was strangled to death by a hit squad in the Saudi consulate in Istanbul, and his body was later dismembered.

His body was never retrieved.

He had gone to the consulate on October 2, 2018, to finish up paperwork that was required to marry his fiancee. Since then, the authorities have been hunting for his murderers.

In the latest development, a key suspect in the murder was arrested at Charles de Gaulle Airport. Khalid Alotaibi was arrested at the airport while he was, reportedly, gearing up to fly to Saudi Arabia. However, it was later declared that it was a case of mistaken identity.