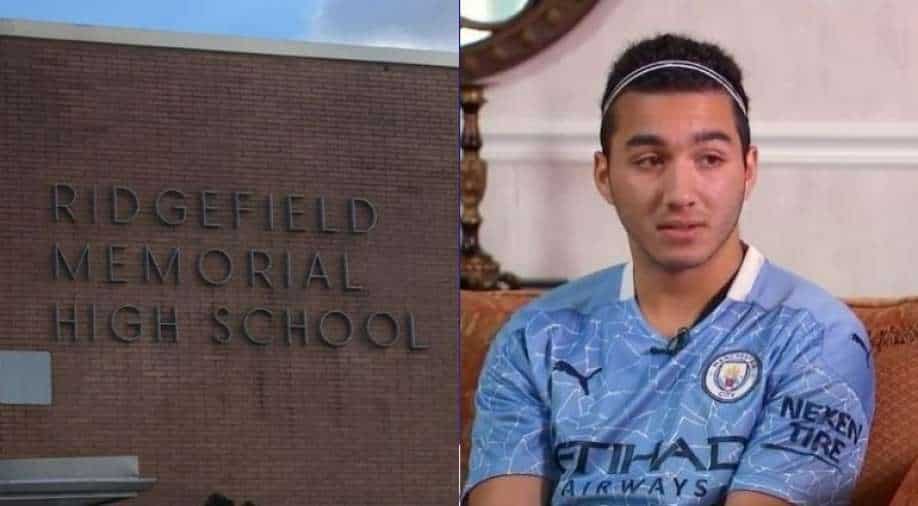 Mohammed Zubi, a 17-year-old senior, was in a math class asking a question when it happened. The comment caught everyone off guard, and was loud enough for other kids in the class to hear. Photograph:( Twitter )

Ridgefield School District confirmed the teacher's suspension and stated that it "fully intends to pursue any and all legal measures."

An American teacher was suspended earlier this month after being accused of saying, "We don't negotiate with terrorists," in response to a query from an Arab-Muslim kid in math class.

According to CNN, the alleged incident occurred at Ridgefield Memorial High School, in New Jersey when Mohammed Zubi, 17, requested the teaching assistant whether the class might have more time to do an assignment.

"He responded by saying, 'we don't negotiate with terrorists,' so I looked around in shock. There were people laughing, and there were other people in shock, and I turned around and asked my friend, 'Did he really just say that?' and she said yes," Mohammed Zubi told to WABC-TV.

Ridgefield School District confirmed the teacher's suspension and stated that it "fully intends to pursue any and all legal measures."

According to a statement released on October 22, Executive Director Selaedin Maksut of the Council on American Islamic Relations in New Jersey asked for a transparent inquiry.

In addition, the advocacy organisation provided the district "Islamophobia and bullying training for its teachers and employees."