US stocks plunge as Delta variant spreads in US; Los Angeles worst-hit 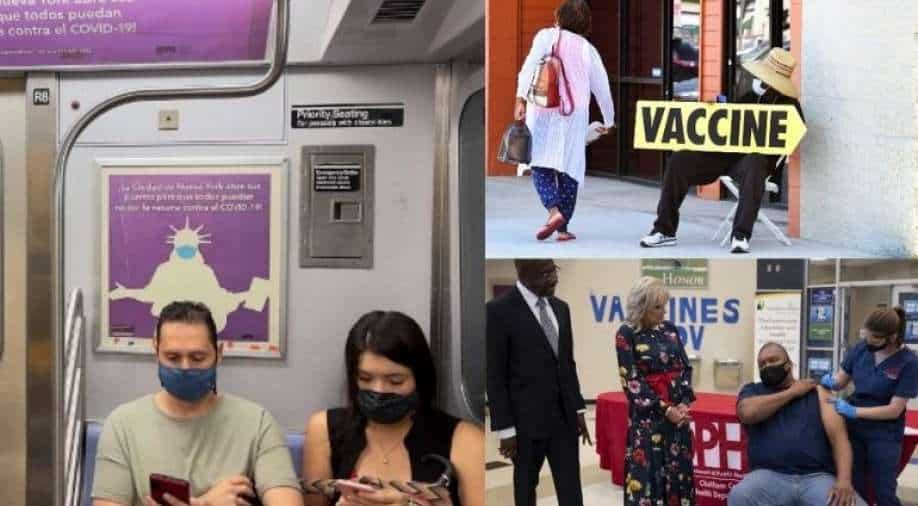 Florida is currently the epicentre of virus cases in the United States with the country reporting 10,000 and 35,000 new COVID-19 cases per day since the beginning of this month due to the Delta variant.

As the United States reported over 39,000 fresh coronavirus cases on Friday with over 29,000 cases as daily seven-day moving average, according to the Centers for Disease Control and Prevention(CDC), Wall Street stocks tumbled on Monday with Dow losing more than two per cent in early trade.

Travel stocks were under pressure with United Airways down 6.3 per cent and Marriott International down 5.1 per cent as stocks opened on Monday. The Nasdaq Composite lost 1.6 per cent.

Reports say Los Angeles has been recording over 10,000 coronavirus cases a week amid a rise in Delta variant cases with hospitalisations on the rise.

On Sunday, Los Angeles ordered people to wear masks indoors becoming the first US city to do so since restrictions were lifted.

According to reports, the United States has been recording 10,000 and 35,000 new COVID-19 cases per day since the beginning of this month. Coronavirus response coordinator Jeff Zients had said last week that one in five coronavirus cases reported in the United States belonged to Florida.

Zients while describing the spread of the Delta virus said: "As the more transmissible Delta variant continues to spread across the country, we will likely continue to experience an increase in COVID cases in the weeks ahead, with these cases concentrated in communities with lower vaccination rates."

Zients revealed that four states in the United States accounted for over 40 per cent of all COVID-19 cases with positivity rates in Florida jumping to 11.5 per cent with the total death toll due to the virus reaching over 38,000 with only Maine and South Dakota not reporting a surge in cases.

The CDC had said last week that over 55 per cent of the people have received at least one dose of the vaccine, however, Missouri, Arkansas, Nevada, Louisiana and Utah lag below the national average amid fears of slowing rate of vaccination.

The United States is the worst-hit country with the virus recording over 34 million cases with over 609,000 fatalities.