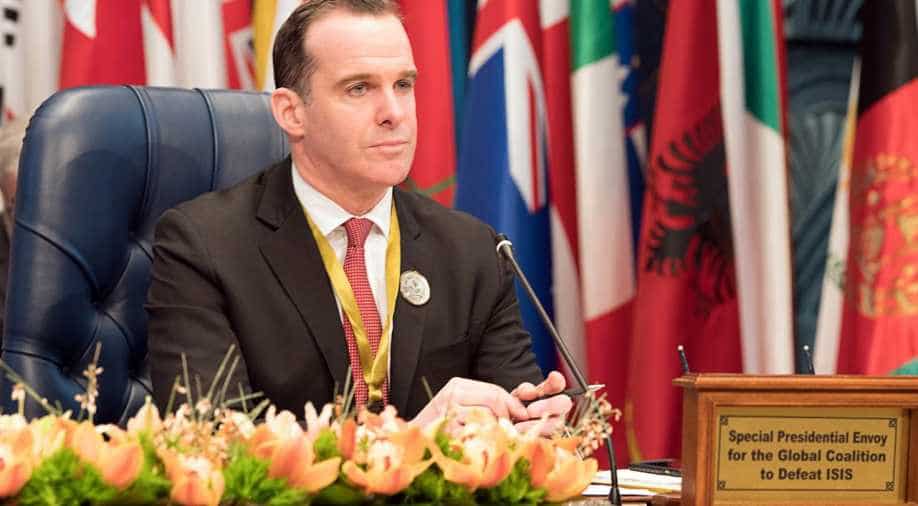 McGurk's resignation came as a result of 'strong disagreement' with President Donald Trump's decision to pull US troops out of Syria.

US special envoy for the global coalition to defeat ISIS, Brett McGurk, has submitted his resignation ahead of his departure planned in February, news agency AFP reported quoting CBS.

McGurk's resignation came as a result of "strong disagreement" with President Donald Trump's decision to pull US troops out of Syria.

This comes a day after Trump's Defense Secretary Jim Mattis quit on the back of same decision.

Defense Secretary Jim Mattis resigned on Thursday, a day after President Donald Trump stunned the US establishment by ordering a troop withdrawal from Syria.

"My views on treating allies with respect and also being clear-eyed about both malign actors and strategic competitors are strongly held and informed by over four decades' immersion in these issues," Mattis wrote.

"Because you have the right to have a Secretary of Defense whose views are better aligned with yours on these and other subjects, I believe it is right for me to step down from my position."

Trump on Wednesday declared in a video message that "we won" and said that the troops are "coming back now."