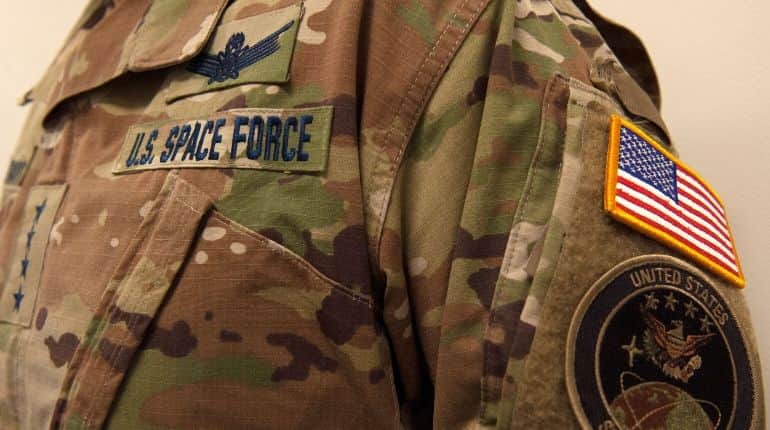 As apparent in the image, the uniform has a camouflage design with badges embroidered on the arm and chest.

The most common reaction to the uniform went along the lines of ''camo in space?''

A user on Twitter went as far as asking, "Have they never seen space before?"

Camouflage is usually chosen by ground military operations to help them blend into their surroundings without being accosted by their enemies, another user implied.

Really disappointed with the green.

Surely a pattern like this would have given more camouflage in space. https://t.co/A1eAJkSk1e pic.twitter.com/7lUGAyRqTD

The Force responded to the critique and said that it was "utilising current Army/Air Force uniforms" and "saving costs of designing/producing a new one".

"Members will look like the joint counterparts they'll be working with, on the ground," the force added.

However, this affirmation did little to calm down the Twitterati.

Donald Trump had officially launched the US Space Force at an army base near Washington in December 2019.

However, the title of the force is misleading, for it is not envisaged to put troops into orbit. Instead, the force is expected to protect United States assets like satellites which facilitate communication and surveillance.

Members will look like their joint counterparts they’ll be working with, on the ground.

The force's first secretary Barbara Barrett had earlier claimed that the newly orchestrated Space Force would have 16,000 air force and civilian personnel.

Donald Trump's administration has allotted $40 million to maintain and fund the force in its pilot year.