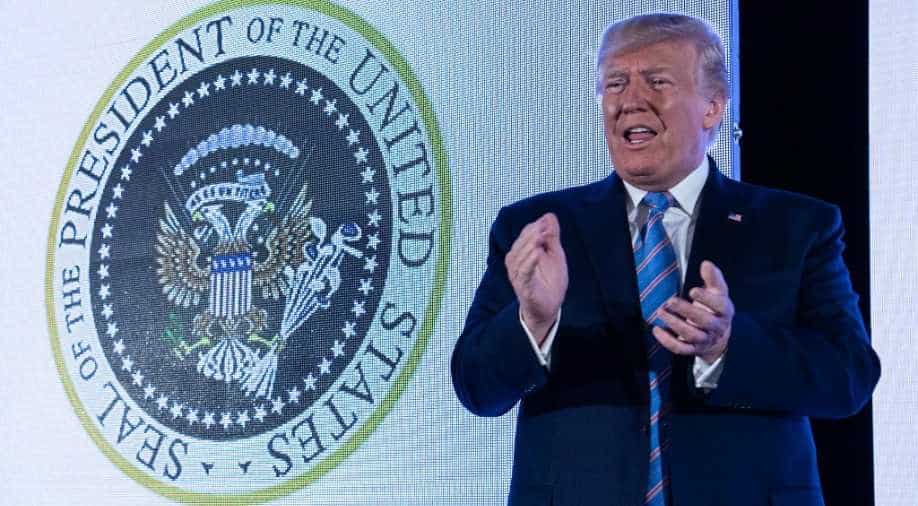 This new force will be a coequal service of the five existing forces of the United States — the Army, Navy, Air Force, Marines and Coast Guard.

US President Donald Trump on Friday created the newest military service since the US Air Force came into being in 1947 by signing the National Defense Authorization Act into law.

Eyeing combat in outer space, the US Air Force Space Command has created this designated 'the United States Space Force', a step that Trump administration officials are touting as a historic step.

In pics: How China plans to disrupt GPS through ASAT in 2020 & beyond

This new force will be a coequal service of the five existing forces of the United States — the Army, Navy, Air Force, Marines and Coast Guard.

Capping an ambitious order Trump issued in June 2018, the US Space Force officially came into being when Trump signed the annual military budget, the $738 billion National Defense Authorization Act.

"Our reliance on space-based capabilities has grown dramatically, and today outer space has evolved into a war-fighting domain of its own," said Secretary of Defense Mark Esper.

"Maintaining American dominance in that domain is now the mission of the United States Space Force."

The new organization builds on the US Space Command, already operating under the Air Force since it was created in August.

And, like the Marines, which operate within the umbrella of the Navy, the Space Force will be under the Air Force.

The Space Command will focus on warfighting — akin to the Pentagon's regional commands like CentCom — while the Space Force will encompass broader missions like training, procurement, long-term planning and other functions.

The Space Force will be comprised of about 16,000 Air Force and civilian personnel, some already taking part in the Space Command, according to Air Force Secretary Barbara Barrett.

It will have its uniform, shoulder patches and even, eventually, its song, just like the other branches.

"The US Space Force will protect America's national interests by its singular focus on space. The United States has the best space acumen in the world," Barrett said.

A staff of 16,000 would make it much smaller than the other forces, but Barrett said the technology-centric nature of the work requires fewer people.

"It's a different sort of portfolio than what we might be thinking of when we generally think about warfighting machines," she said.

"With the establishment of the United States Space Force, we're elevating space commensurate with its importance to our national security and the security of our allies and our partners," said Raymond.