US should side with Hong Kong protesters, says ex-Pentagon chief Mattis 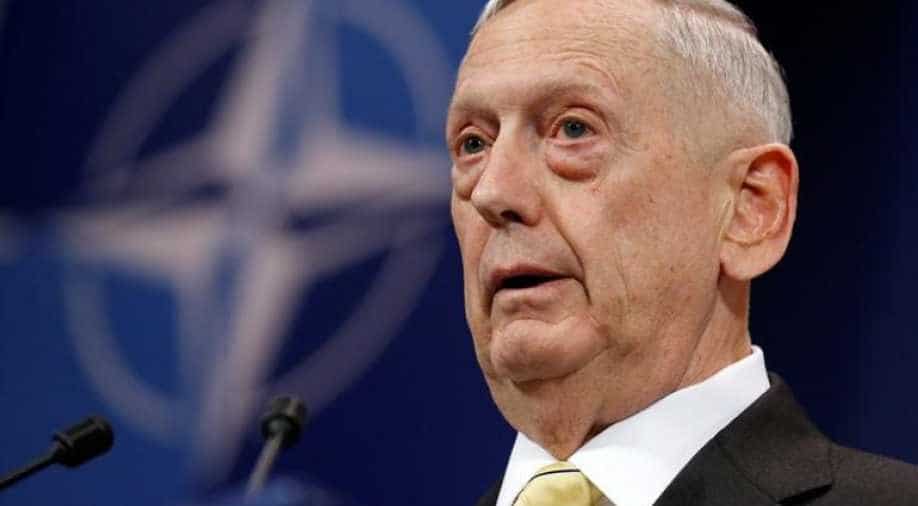 The retired US Marine general, speaking at a Reuters Newsmaker event in New York, said the United States should generally side with those standing up for human rights, which he said included the Hong Kong protesters.

Former US Defense Secretary Jim Mattis said on Monday anti-government protests in Hong Kong were "not an internal" Chinese matter and that the United States should offer at least moral support to the demonstrators.

The retired US Marine general, speaking at a Reuters Newsmaker event in New York, said the United States should generally side with those standing up for human rights, which he said included the Hong Kong protesters.

"When people stand up for those (rights), I just inherently think we ought to stand with them, even if it's just moral," said Mattis, who abruptly resigned as Pentagon chief in December over disagreements with President Donald Trump's foreign policy.

"This is not an internal matter," Mattis said in remarks likely to irritate Beijing, which has denounced the sometimes violent protests and accused the United States and Britain of fomenting unrest in the former British colony.

Trump has previously described the protests as riots but has also called on China to end the discord in a "humanitarian" way. He said a crackdown could make his efforts to end a damaging trade war with China "very hard."

Mattis said China's effort to pass a law to allow people in Hong Kong to be extradited to mainland China was in breach of the "one country, two systems" formula under which British control of Hong Kong was ended in 1997.

"They said it would be two systems, and the extradition law was a violation of that," said Mattis, who is promoting a new memoir about his role in the US wars in Iraq and Afghanistan.

Although the extradition bill was withdrawn last week after months of unrest, the mass protests in streets and public places across Hong Kong continue, having grown into a broader pro-democracy backlash against the Chinese government.

Protesters marched outside the US consulate in Hong Kong over the weekend, urging Trump to help "liberate" the city. Hong Kong police fired tear gas to disperse the crowds.

"We have to be careful: We don't want to say we're going to land the 82nd Airborne Division in Hong Kong to do this," he said. "But morally? Yeah, I think we have to stand with them."

In his nearly two years as defence secretary, Mattis had tried to forge a relationship with the Chinese military, worried that tense relations between the two countries could boil over into conflict.

Mattis resigned from Trump's administration a day after Trump's plans to withdraw US troops from Syria became public. His resignation letter was widely seen as a sharp critique of Trump's approach to national security, including what Mattis saw as a failure to value American allies around the world.

Although there had been speculation that Mattis might enter the political arena, he has since declined to share his views on Trump, saying it is inappropriate for military figures to pontificate on politics.

Mattis also said he was surprised by the news last weekend that Trump had invited Afghanistan's Taliban leaders for peace talks in the United States.

Trump said he cancelled the talks after the insurgent group claimed responsibility for an attack in Kabul that killed an American soldier and 11 other people.

"I salute people who try to bring wars to an end," Mattis said. The Taliban, however, had repeatedly failed to break with al Qaeda, the militant group behind September 11, 2001, attacks on the United States, he said.

Asked on Monday whether he had confidence in Trump's leadership, he said only that he had "great confidence" in American voters and in the US Constitution.

"If we will employ our constitutional checks and balances correctly, this big experiment will continue," Mattis said.