US should help preserve and reinvent multilateralism: Macron to US lawmakers 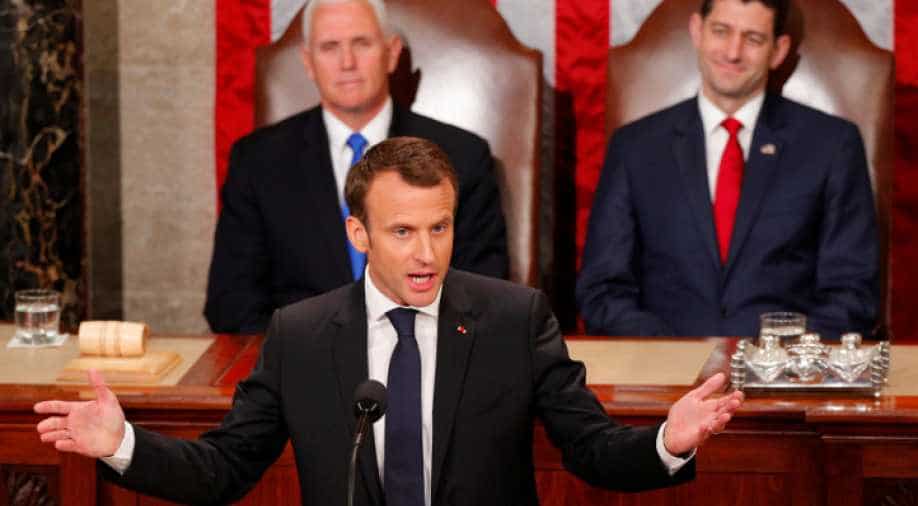 Macron was given a three-minute standing ovation in the US Congress as he started his speech.

French President Emmanuel Macron received a standing ovation by US lawmakers as he addressed the joint session of the US Congress urging the Trump administration to help "preserve and reinvent multilateralism".

Macron was given a three-minute standing ovation in the US Congress as he started his speech, the French president said: "Our objective is clear, Iran shall never possess any nuclear weapons. Not now. Not in five years. Not in 10 years. Never."

Macron who is on a three-day visit to the US, said: "The United States' involvement as your role was decisive for creating and guarding today's free world. The United States is the one who invented this multilateralism. You are the one now who has to help preserve and reinvent it."

"I think we can work together to build this comprehensive deal for the whole region, for our people, because I think it fairly addresses our concerns," he said.

On the contentious issue of climate change, Macron said: "Let us face it. There is no Planet B."

"We have disagreements between the United States and France. It may happen, like in all families," he said -- but such differences would be short-term," he insisted.

The French president said that free and fair trade was the need of the hour.

"We need a free and fair trade, for sure," Macron said.

"A commercial war opposing allies is not consistent with our mission, with our history, with our current commitments for global security," he added.