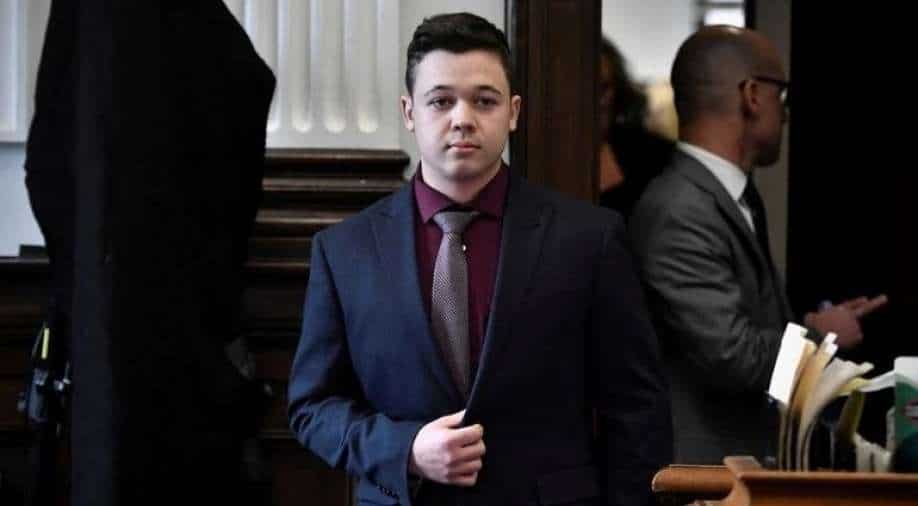 Kyle Rittenhouse walks during his trial at the Kenosha County Courthouse in Kenosha, Wisconsin, US on Friday. Photograph:( Reuters )

US Senator Thomas Bryant Cotton has asked President Joe Biden to apologise to Kyle Rittenhouse for calling him ''white supremacist.''

The member of the Republican Party was joined by Dan Bishop who called Biden’s comment “beyond shameful.”

It came after Rittenhose claimed the president defamed him by linking him to white supremacists and militia groups in a 2020 campaign video.

Rittenhouse shot and killed Joseph Rosenbaum, 36, and Anthony Huber, 26, and fired a bullet that tore a chunk off the arm of Gaige Grosskreutz, 28. Rittenhouse claimed self-defence.

A jury found the 18-year-old not guilty of reckless and intentional homicide and other charges stemming from the August 2020 shootings in Kenosha, Wisconsin.

Biden, who during last year's election campaign tweeted a video that appeared to link Rittenhouse to white supremacists, said he supported the jury's decision and urged Americans to react with calm.

Rittenhouse's case drew national attention, in part because it arose from the Black Lives Matter demonstrations that swept the country last year and featured a controversial mix of guns, racial tensions, and vigilantism.

The ruling sparked sporadic protests across the country, from New York to Portland, Oregon, some of which continued into Sunday but also drew praise from Rittenhouse supporters at the courthouse and gun rights advocates.