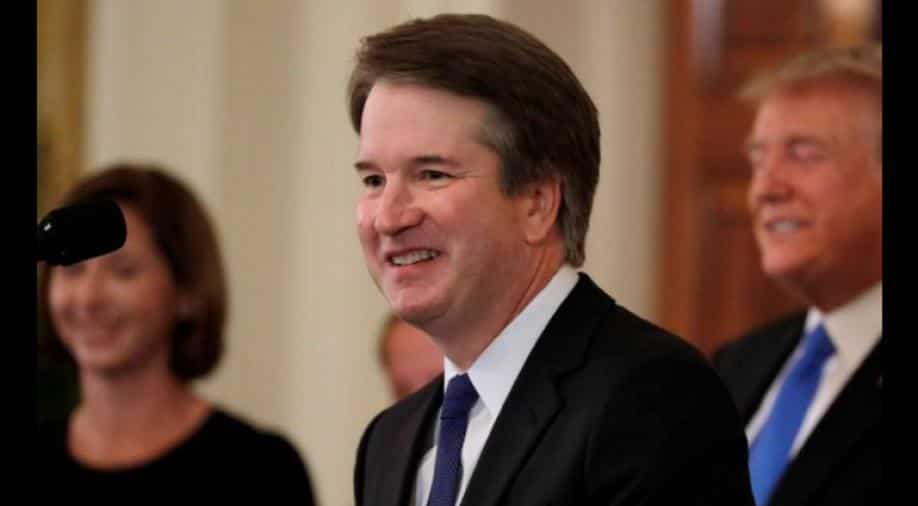 Republicans hold a 51-49 majority in the Senate.

The Senate voted 51-49 to approve Kavanaugh in the procedural cloture vote, with one Republican, Lisa Murkowski, opposing going forward while one Democrat, Joe Manchin, voted to move ahead.

Kavanaugh was nominated by Trump nearly three months ago but misconduct allegation levelled against him by a college professor in California Christine Blasey Ford jolted his chances to become a Supreme Court judge.

Very proud of the U.S. Senate for voting “YES” to advance the nomination of Judge Brett Kavanaugh!

Although Republican Senator Lisa Murkowski voted against advancing the nomination of Brett Kavanaugh but two other Republicans Susan Collins and Jeff Flake whose vote hung in the balance  - each voted to advance the nomination as Trump's pick for Supreme Court judge won the day.

Republicans hold a 51-49 majority in the Senate.

Ford had earlier testified before the  Senate Judiciary Committee alleging that Kavanaugh had assaulted her as a teenager in 1982 during a college get together. Kavanaugh denied all of the allegations against him during the Senate hearing on the same day.

Senator Chris Coons, who pressed for the FBI probe of the allegations had said Kavanaugh had "crossed a line in terms of judicial behaviour and temperament" with his attack on Democrats at the hearing, something "undecided senators should be weighing very carefully."

The FBI which was given a week to investigate Ford's claims allegation had submitted its report to the Senators on Thursday. The Democrats, however, denounced the FBI report as a whitewash alleging that it was narrow in scope and ignored witnesses.

The (FBI) investigation doesn’t come close to honouring and respecting the women who came forward to share their stories," Democratic Senator Jeff Merkley had said.