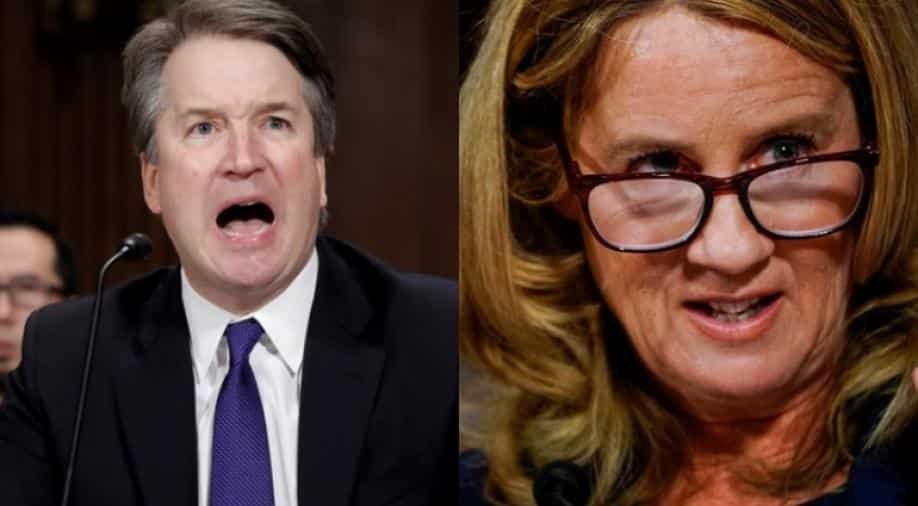 A new FBI investigation into Brett Kavanaugh found nothing to corroborate sexual assault allegations against US President Donald Trump's nominee for the Supreme Court, a top Republican senator said Thursday.

Senator Chuck Grassley of Iowa, the chairman of the Senate Judiciary Committee, said it was now time for the full Senate to vote on Kavanaugh's lifetime appointment to the nation's highest court -- even as opposition leaders slammed the FBI probe as "incomplete."

"This investigation found no hint of misconduct," Grassley said in a statement. "There's nothing in it that we didn't already know."

The FBI, at the request of Democrats and a key Republican senator, Jeff Flake of Arizona, was given a week to look into allegations by a university professor, Christine Blasey Ford, that Kavanaugh attempted to rape her when they were teenagers decades ago.

"These uncorroborated accusations have been unequivocally and repeatedly rejected by Judge Kavanaugh, and neither the Judiciary Committee nor the FBI could locate any third parties who can attest to any of the allegations," Grassley said.

"It's time to vote," he said. "I'll be voting to confirm Judge Kavanaugh."

The Senate, where Republicans hold a slim 51-49 majority, could vote as early as Saturday and all eyes are on three key Republican senators who could make or break the nomination -- Flake, Susan Collins of Maine and Lisa Murkowski of Alaska.

The White House received the results overnight of the latest FBI probe into the conservative 53-year-old judge and senators were reviewing it on Thursday.

Trump nominated Kavanaugh to replace Justice Anthony Kennedy, who had been a swing vote on a panel now equally divided between four conservative and four liberal justices.

But his Senate confirmation process has been roiled by the allegations from Blasey Ford, who testified before the Senate Judiciary Committee last week.

Trump took to Twitter on Thursday morning to say the FBI report vindicated his nominee and expressed optimism about Republican chances in the November midterm elections, where control of the House of Representatives and Senate could be at stake.

"The harsh and unfair treatment of Judge Brett Kavanaugh is having an incredible upward impact on voters," Trump said. "The PEOPLE get it far better than the politicians.

Democrats, meanwhile, assailed the FBI investigation as being too limited in scope.

The Senate Judicial Committee's top Democrat Dianne Feinstein said she not yet had access to the entire report -- but that from what she had seen it appeared insufficient to lay to rest concerns about Kavanaugh.

"It looks to be a product of an incomplete investigation that was limited perhaps by the White House, I don't know," she told reporters on Capitol Hill.

"We had many fears that this was a very limited process," added Senate minority leader Chuck Schumer. "Those fears have been realized."

Kavanaugh's nomination, which comes amid an atmosphere of bitter political partisanship in Washington, could tilt the court to the right for decades to come.

Even before senators saw the new FBI material, Senate Majority Leader Mitch McConnell moved to end debate on Kavanaugh's nomination, setting up a Friday procedural vote and a final vote as early as the following day.

Blasey Ford testified last week that Kavanaugh sexually assaulted her at a house party in the early 1980s while they were in high school.

Kavanaugh vehemently denied the allegation and further sexual misconduct claims against him from two other women.

In the new background probe, the FBI contacted 10 people and interviewed nine, The New York Times reported. It was not clear why the 10th was not interviewed.

They include three people who Ford says were in the house at the time of the party. One is Mark Judge, who the professor says was in the room when Kavanaugh lay on top of her, ground his genitals against her and covered her mouth to keep her from screaming.

Senator Flake, the third Republican swing vote, said there was "no time and no place for remarks like that."

"It's kind of appalling," he added.