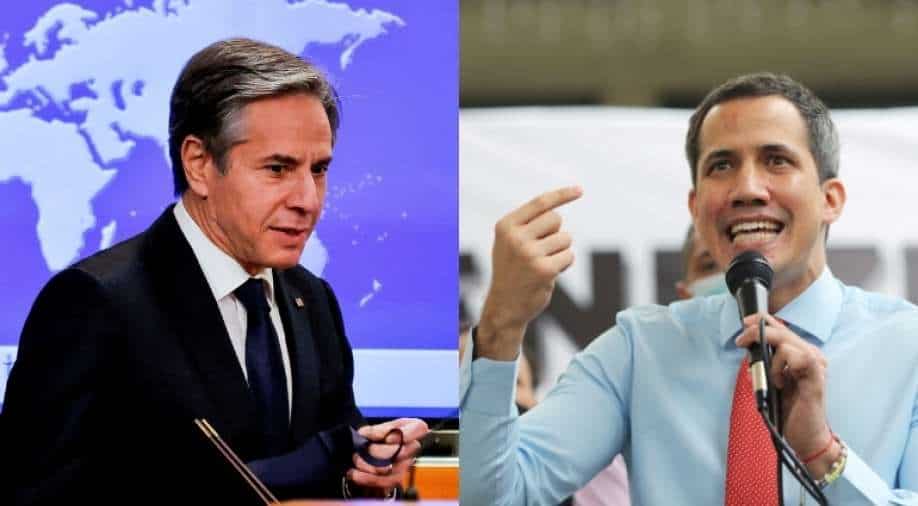 US Secretary of State Antony Blinken on Tuesday spoke with Venezuela's opposition leader Juan Guaido to increase "multilateral pressure" against President Nicolas Maduro for a "peaceful, democratic transition" of power.

The United States considers Guaido as the interim president of Venezuela and Maduro's reelection win in 2018 was deemed fraudulent.

It said that the secretary of state called for "efforts to work with likeminded allies", including the European Union and Lima Group to "increase multilateral pressure" on Maduro for a "peaceful, democratic transition".

The relations between the countries were stained during the tenure of former president Donald Trump, who imposed severe sanctions on Venezuela and its state oil company in a bid to oust Maduro from power.

The statement by the US secretary of state's office also added that Washington will work with its allies for a political solution to the crisis and to push humanitarian assistance in the South American country.

Guaido declared himself as the country's leader in 2019 and his legitimacy has been accepted by over 50 countries, including the US.