US says it 'does not seek conflict' with China, welcomes 'competition' 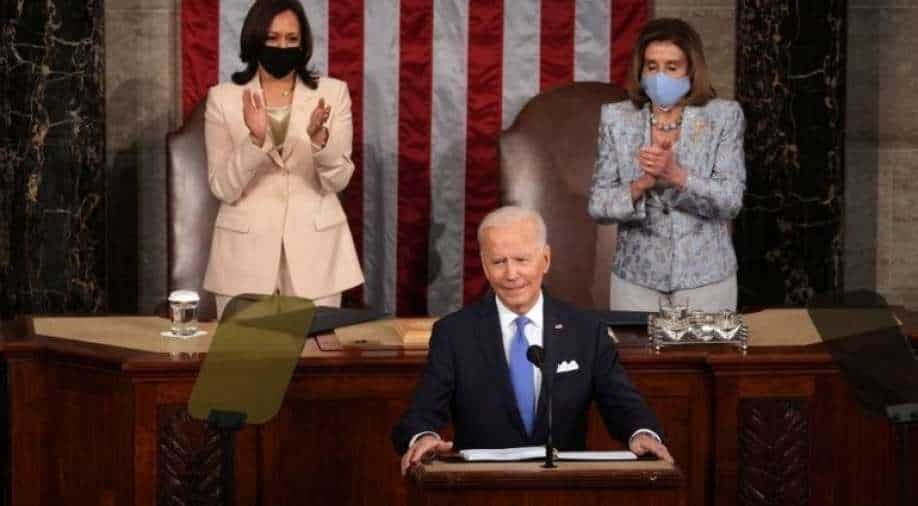 US President Joe Biden, flanked by US Vice President Kamala Harris (L) and Speaker of the House of Representatives Nancy Pelosi (R), addresses a joint session of Congress at the US Capitol in Washington, DC. Photograph:( AFP )

In his first speech to Congress, Biden said that he had told his Chinese counterpart Xi Jinping that "we welcome the competition — and that we are not looking for conflict"

President Joe Biden declared Wednesday that Washington does not wish to have a conflict with China, the US’ strategic rival.

In his first speech to Congress, Biden said that he had told his Chinese counterpart Xi Jinping that "we welcome the competition — and that we are not looking for conflict."

Biden argued that the spending plans were needed to keep up with China, which his administration sees as a major strategic challenger.

"China and other countries are closing in fast. We have to develop and dominate the products and technologies of the future," Biden said.

He said he had spent a lot of time talking to Chinese President Xi Jinping.

“He’s deadly earnest about becoming the most significant, consequential nation in the world. He and others, autocrats, think that democracy can’t compete in the 21st century with autocracies. It takes too long to get consensus," he said.

Last month, Biden had said he would prevent China from passing the United States to become the most powerful country in the world, vowing to invest heavily to ensure America prevails in the race between the world’s two largest economies.

Today, during his speech to Congress Biden appeared in the chamber of the U.S. House of Representatives at an event scaled back this year because of the pandemic, with a small, specially selected group of Democratic and Republican lawmakers arrayed before him, and the first woman to serve as US Vice President, Kamala Harris, behind him.

Seizing on the coronavirus pandemic as an opportunity to advance his priorities at a time of political polarisation, Biden told the joint session and millions of people watching on television that "America is ready for a takeoff."

"Now, after just 100 days, I can report to the nation: America is on the move again, turning peril into possibility, crisis into opportunity, setback into strength," Biden said.