US says Iran nuclear deal must be 'revisited', looks for support from allies 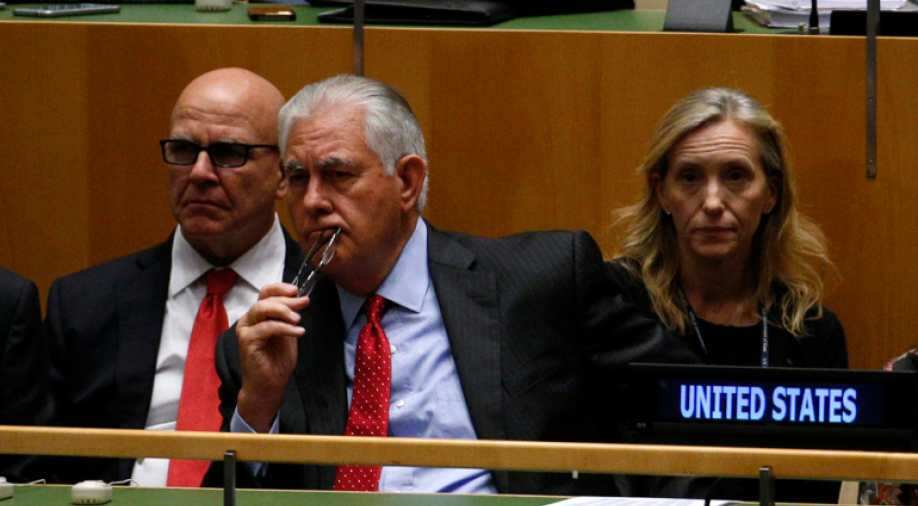 The United States is looking for support from its allies to persuade Iran to re-open talks on the nuclear deal, the US Secretary of State said

US Secretary of State Rex Tillerson said Tuesday that it is looking for support from its allies to persuade Iran to re-open talks on the nuclear deal.

The US diplomat-in-chief's statement comes ahead of his first meeting with Iranian Foreign Minister Mohammad Javad Zarif and foreign ministers from the five other signatories of the 2015 nuclear accord - Britain, China, France, Germany and Russia.

"We do need the support of our allies, our European allies and others, to make the case as well to Iran that this deal really needs to be revisited," Rex Tillerson told the Fox News television channel

Under the nuclear deal, Iran surrendered much of its enriched uranium, dismantled a reactor and submitted nuclear sites to UN inspection, while Washington and Europe lifted some sanctions.

French Foreign Minister Jean-Yves Le Drian this week floated the idea of opening talks on provisions that set 2025 as the date for some restrictions on Iranian uranium enrichment to be lifted.

Drawing a parallel with North Korea with which an agreement on dismantling its nuclear program collapsed in 2002, Tillerson said that the "sunset provision" was "the most glaring flaw".

"It's not a stiff enough agreement. It doesn't slow their program enough," said Tillerson.

"We can almost start the countdown clock as to when they will resume their nuclear weapons capability."

In his first address to the UN General Assembly, President Trump called the nuclear deal "an embarrassment to the United States" and indicated that he was ready to kill it.