US says all UN sanctions on Iran restored. Other nations reject move 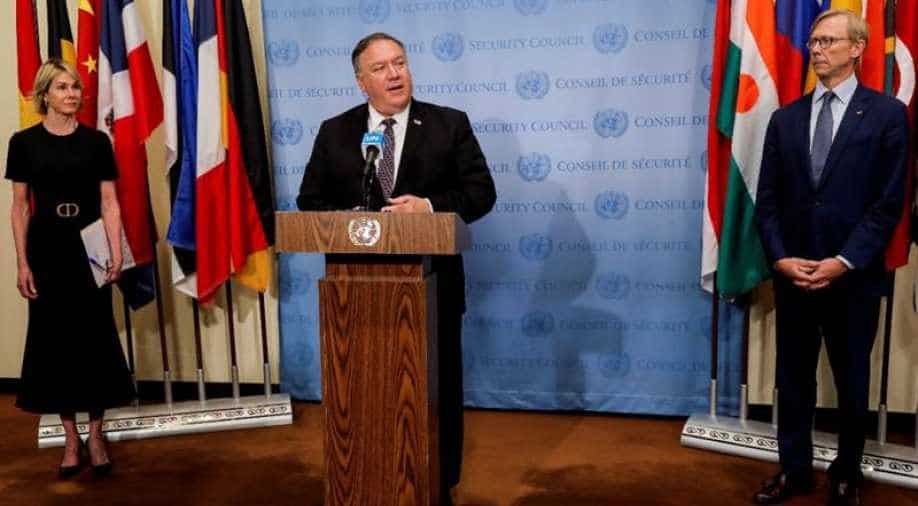 The Trump administration on Saturday said that its triggering of the "snapback" mechanism in the UN Security Council resolution that enshrined the 2015 Iran nuclear deal had taken effect at 8 pm Eastern Time.

The Trump administration has announced all UN Sanctions against Iran were restored -- a move other nations reject as illegal.

The rest of the world has, hence, set the stage for a showdown at the world body ahead of its annual General Assembly.

The administration on Saturday said that its triggering of the "snapback" mechanism in the UN Security Council resolution that enshrined the 2015 Iran nuclear deal had taken effect at 8 pm Eastern Time.

Snapback means that international sanctions eased or lifted by the nuclear deal are reimposed and must be enforced by UN member states.

That is 30 days after US Secretary of State Mike Pompeo notified the council that Iran was in significant non-performance with its obligations under the accord, known as the Joint Comprehensive Plan of Action, or JCPOA.

"The United States took this decisive action because, in addition to Iran's failure to perform its JCPOA commitments, the Security Council failed to extend the UN arms embargo on Iran, which had been in place for 13 years," Pompeo said in a statement.

"We initiated the snapback process to restore virtually all previously terminated U.N. Sanctions, including the arms embargo. The world will be safer as a result."

The White House plans to issue an executive order on Monday spelling out how the US plans to enforce the restored sanctions.

The US move, however, faces opposition from the other members of the Security Council. They say the US lost legal standing to invoke snapback when President Donald Trump withdrew from the nuclear deal in 2018 and reimposed American sanctions on Iran.

The US, on the other hand, argues it retains the right to do it as an original participant in the deal and a member of the council.

Those bans were either removed or set to expire under the terms of the deal in which Iran was granted billions of dollars in sanctions relief in return for curbs on its nuclear programme.

China and Russia have been particularly adamant in rejecting the move. Even Britain, France and Germany said the sanctions relief provided by the nuclear deal will remain in place.

Also, Trump plans to address Iran in a speech to the General Assembly's annual high-level meeting on Tuesday.