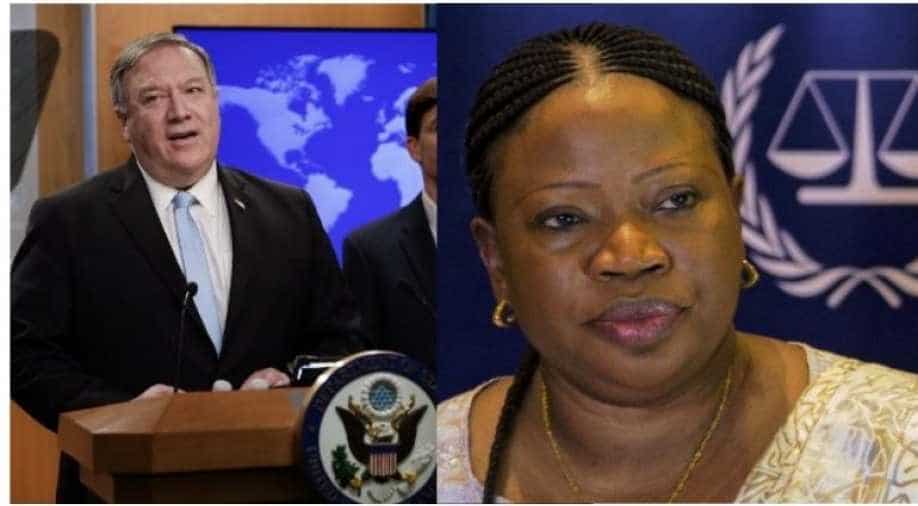 The US secretary of state added that broader sanctions could be applied to those helping Mochochoko and Bensouda.

The Trump administration on Wednesday announced sanctions against the prosecutor of the International Criminal Court(ICC), Fatou Bensouda over investigation of US soldiers for alleged war crimes in Afghanistan.

US Secretary of State Mike Pompeo said, "Today we take the next step, because the ICC continues to target Americans, sadly."

US sanctions were also initiated against Phakiso Mochochoko, director of the ICC's Jurisdiction, Complementary and Cooperation Division. Pompeo said Mochochoko was sanctioned for "having materially assisted prosecutor Bensouda".

The US secretary of state added that broader sanctions could be applied to those helping Mochochoko and Bensouda. The ICC in a statement condemned the move, saying: "The International Criminal Court condemns the economic sanctions imposed by the US earlier today on the court's prosecutor and a member of her office."

"These coercive acts, directed at an international judicial institution and its civil servants, are unprecedented and constitute serious attacks against the court, the Rome Statute system of international criminal justice, and the rule of law more generally," it added.

In June, US President Donald Trump had allowed sanctions on the tribunal for probing and prosecuting US troops. Pompeo had called the ICC a "kangaroo court", while US Attorney General Bill Barr had said that ICC has become "little more than a political tool employed by unaccountable international elites."

China, Russia, the United States, Israel and Syria including other countries are not members of the ICC which prosecutes war crimes, crimes against humanity and genocide. Trump under his executive powers had earlier cleared three US military members over war crimes.