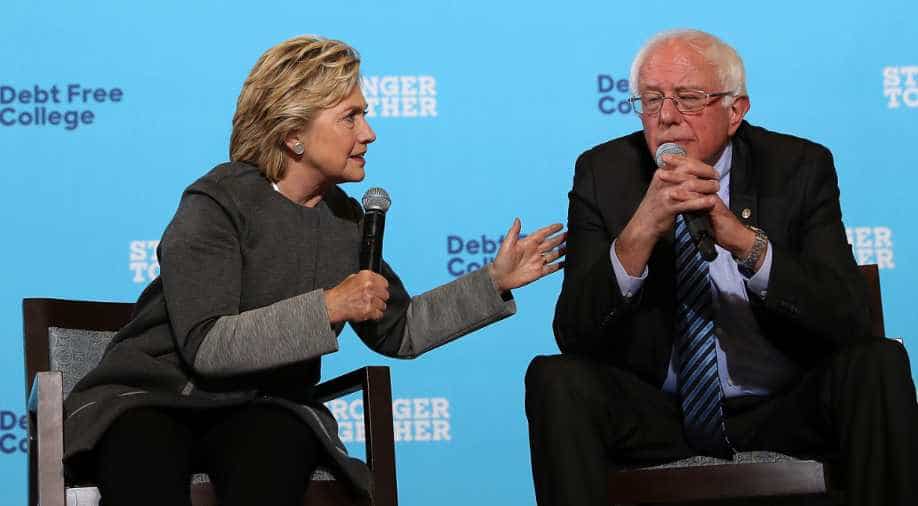 When asked about Hillary's assertion that "nobody likes him", Senator Sanders said, "On a good day, my wife likes me, so let's clear the air on that one."

The Democratic Party of the United States is a house divided against itself and it seems like a hopeless cause given that we are just two weeks away from the Iowa Caucuses. Former Democratic nominee Hillary Clinton has slammed her 2016 opponent Bernie Sanders by refusing to endorse him for President.

In her latest documentary film, she does not shy away from tearing the Vermont senator a new one. Statements such as "He was in Congress for years, he had one Senator support him", "Nobody likes him, nobody wants to work with him, he got nothing done", "He's was a career politician, it's all just baloney," were made.

In pics: Democratic Debate in Iowa

When asked about Hillary's assertion that "nobody likes him", Senator Sanders said, "On a good day, my wife likes me, so let's clear the air on that one." Bernie Sanders has taken the high road, claiming that Donald Trump's impeachment is his major priority at the moment.

Tulsi Gabbard, a fellow candidate slammed Hillary for her verbiage, tweeting that she liked Bernie Sanders, unlike Hillary.

After Clinton won the Democratic nomination in 2016, Sanders had in fact campaigned for her across the US, but the Clinton Campaign had blamed him for not dropping out of the race sooner and creating divisions in the party as well as the electorate.