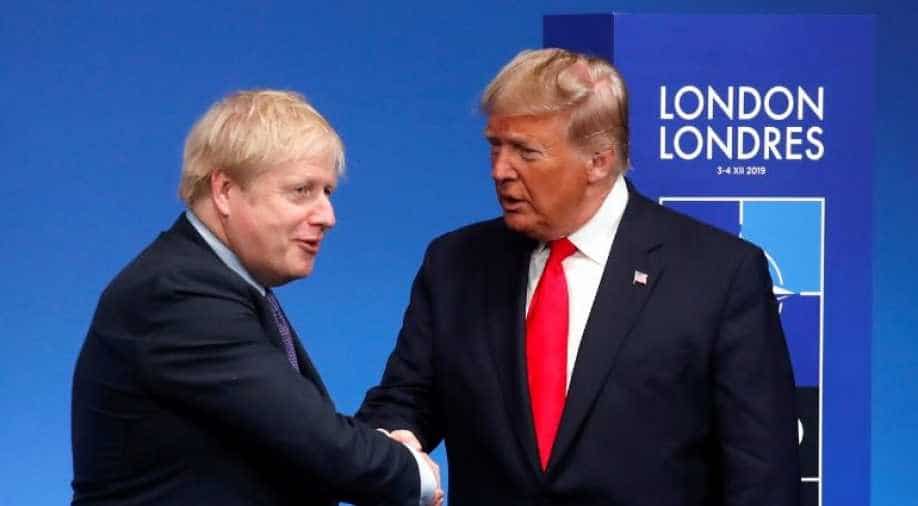 United States President Donald Trump has extended an invitation to the British Prime Minister Boris Johnson to visit him in the White House during the new year, Britain's Sunday Times newspaper reported.

According to the report, Trump invited Johnson after the latter recently swept the British elections.

"Some potential dates have been floated in mid-January but nothing has yet been formally agreed. But it is clear that both sides want to make it happen sometime in early 2020," the report quoted a source as saying.

On Friday, Johnson won approval for the Brexit deal in the British parliament. His election pledge revolved around Britain's departure from the European Union by January 31

Amid Brexit plans, Johnson and Trump agreed in a phone call on Monday to pursue an "ambitious" UK-US free trade agreement.

Trump expressed elation after Johnson's win and said that his victory had the cleared the way for a 'massive' trade deal after Brexit.

"This deal has the potential to be far bigger and more lucrative than any deal that could be made with the EU", Trump had said in a tweet earlier this month.

No formal discussions regarding this visit have taken place yet.