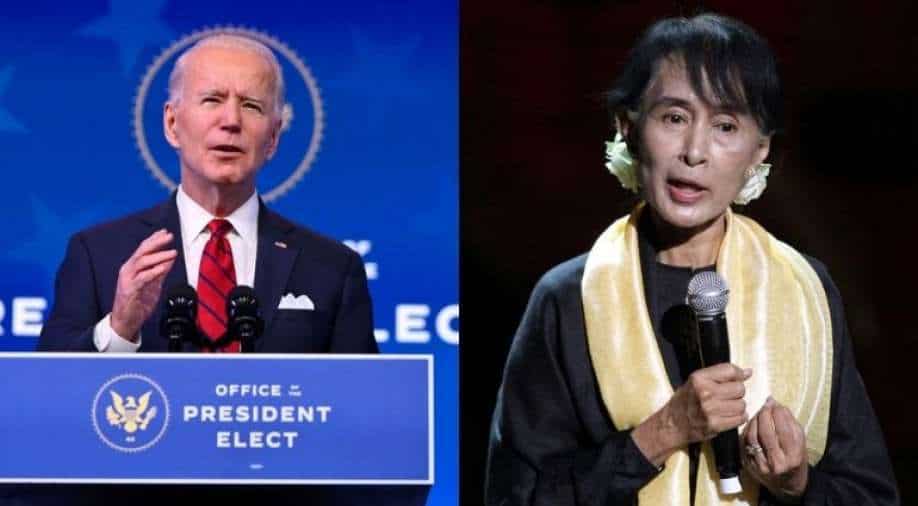 US President Joe Biden called Monday on Myanmar's military to relinquish power immediately and ordered a review to consider reimposing sanctions lifted due to the nation's transition to democracy.

Myanmar's military seized power on Monday in a coup against the democratically elected government of Nobel laureate Aung San Suu Kyi, who was detained along with other leaders of her National League for Democracy (NLD) party in early morning raids.

"The international community should come together in one voice to press the Burmese military to immediately relinquish the power they have seized," Biden said. "The United States removed sanctions on Burma over the past decade based on progress toward democracy," Biden said in a statement, using Myanmar's former name.

"The reversal of that progress will necessitate an immediate review of our sanction laws and authorities, followed by appropriate action."

Biden said the coup was a direct assault on Myanmar's transition to democracy and the rule of law.

Western leaders condemned the coup by Myanmar's military against Aung San Suu Kyi's democratically elected government and hundreds of thousands of her supporters took to the social media to voice their anger at the takeover.

The sudden turn of events in the early hours of Monday derailed years of efforts to establish democracy in the poverty-stricken country and raised more questions over the prospect of returning a million Rohingya refugees.

The U.N. Security Council will meet on Tuesday, diplomats said, amid calls for a strong response to the detention of Suu Kyi and dozens of her political allies, although Myanmar's close ties with council member China will play into any decision.

The army handed power to military chief General Min Aung Hlaing and imposed a state of emergency for a year in the country, saying it had responded to what it called election fraud.