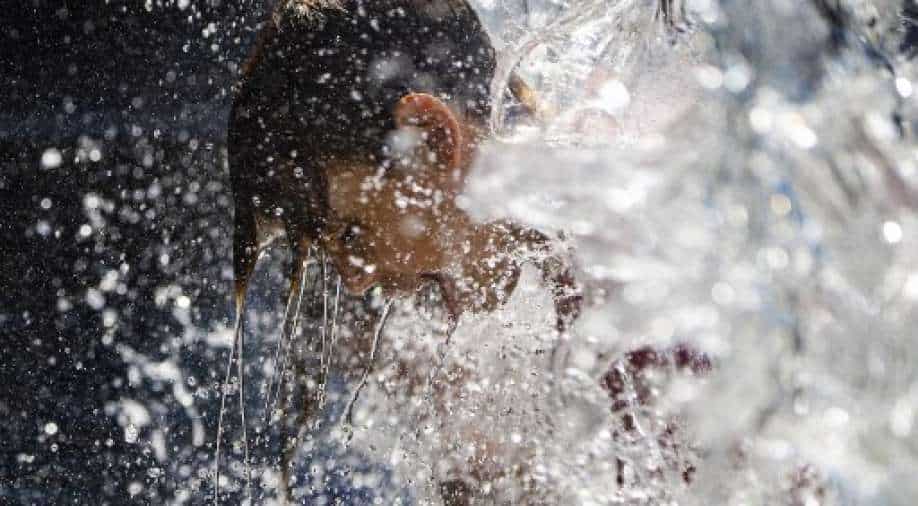 Heatwave moves to the US Photograph:( AFP )

He added, "But climates are changing, and we see the evidence of that with dramatic weather events, major flooding, historic forest fires, and more"

As health authorities reported 116 deaths in Oregon and 78 in Washington state, the death toll from the record-breaking heatwave that struck the US Pacific north-west rose to nearly 200.

He added, "But climates are changing, and we see the evidence of that with dramatic weather events, major flooding, historic forest fires, and more".

In Oregon, most deaths were in Portland’s Multnomah county. Many people who died lacked air conditioning or fans.

Oregon governor Kate Brown, directed agencies to review how the state can improve its handling of heat emergencies.

Meanwhile, humans are not the only ones affected by the deadly heat. British Columbia scientists, more than 1 billion marine animals along Canada’s Pacific coast are likely to have died from last week’s heatwave.

The heatwave is believed to have killed at least 500 people in Canada, however, it has also had an impact on marine life.

Christopher Harley, a marine biologist at the University of British Columbia, calculated that more than a billion marine animals may have been killed by the unusual heat. As per Harley, a walk along a Vancouver-area beach highlighted the magnitude of devastation brought on by the heatwave.

As per experts, the province needs to adapt to the reality that sudden and sustained heatwaves are likely to become more common. They attributed it to climate change.