US midterms: Democrats scent victory over Trump's Republicans in Congress 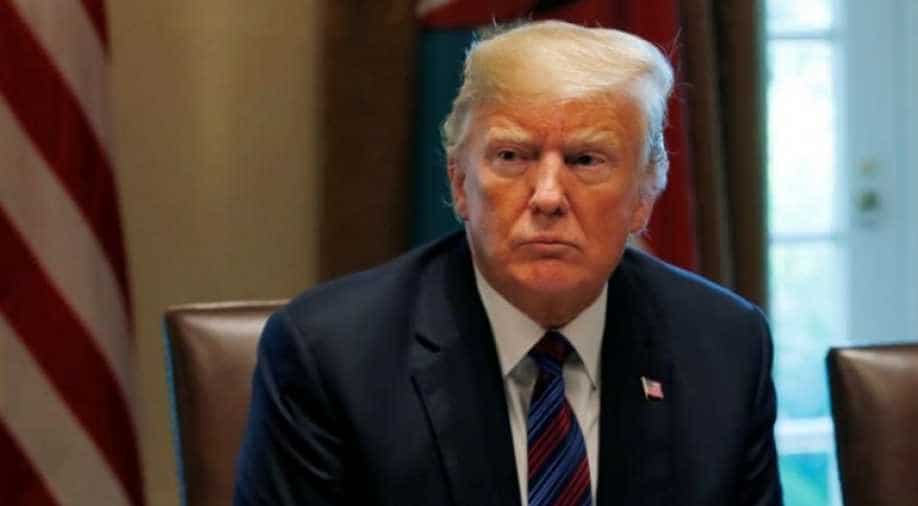 With polls yet to close in swaths of the country, it is still far too early to know who will control the House and Senate but initial results — like the flipping by Jennifer Wexton of a previously solidly Republican Virginia seat in the House — signalled that pre-election predictions of Democrats taking over the lower chamber may be confirmed.

Democrats began to scent a big night in the US midterm elections Tuesday with early results pointing to them seizing the House of Representatives from the Republicans in what would be a dramatic rebuke to President Donald Trump.

With polls yet to close in swaths of the country, it was still far too early to know who will control the House and Senate, which for the first two years of Trump's presidency have been held by his Republican allies.

However, initial results -- like the flipping by Jennifer Wexton of a previously solidly Republican Virginia seat in the House -- signalled that pre-election predictions of Democrats taking over the lower chamber may be confirmed.

Democrats were also heartened by heavy turnout after a bitter campaign which at Trump's own insistence was widely seen as an unofficial referendum on his polarizing presidency. From New York to California and from Missouri to Georgia there were long lines from early morning at polling stations.

Although Republicans remained forecast to keep control of the Senate, a Democratic House would upend the current Washington power balance.

Trump has spent months ahead of the midterms deriding the Democrats as bent on destroying the US economy and allowing criminals to run riot.

But with the party leading the House, Trump would be forced to compromise more -- or risk presiding over an ever more divided country. Democrats, still smarting from Trump's extraordinary upset win against Hillary Clinton in 2016, would likely use their ascendancy to exact payback.

Democratic leadership of the House's powerful investigative committees would breathe new wind into probes of Trump's opaque personal finances, Russian interference in the 2016 election, and even calls for his impeachment.

Confident Democratic leaders
All 435 seats in the House of Representatives, 35 seats in the 100-member Senate and 36 governorships were up for grabs.

Polls indicated that Democrats have a good chance of winning the 23 seats they need to seize the House, while Republicans could slightly increase their razor-thin Senate majority of 51-49.

Pollsters, gun shy after getting their 2016 predictions wrong, urged caution. Several dozen midterm races where candidates from the two sides were barely separated will decide the day.

Even so, Democrats were confident, with Nancy Pelosi, the party's top leader in the House, saying "it's just a question of the size of the victory."

Former vice president Joe Biden, often touted as a possible Democratic candidate to take on Trump in 2020, said he'd be "dumbfounded" not to win the House.

The first polling stations closed at 6:00 pm Eastern time (2300 GMT) in parts of Kentucky and Indiana, with the last to close seven hours later in Alaska, and results trickling in through the evening.

Big turnout
Voters often sit out the midterms. This time, they're sitting up.

According to Michael McDonald of the US Elections Project, 38.4 million Americans cast their ballots early ahead of this election, compared with 27.4 million in the 2014 midterm.

And on the streets there was a palpable buzz.

"We have already seen huge turnout, people out and about knocking on doors, making sure everybody gets out there, but I think turnout will be very, very high," Democratic candidate Katie Porter, who is running in Irvine, California, against two-term Republican incumbent Mimi Walters, told AFP.

On the other side of the country, in Atlanta, Georgia, voters waited in line for nearly two hours to cast ballots, according to local media reports.

Trump himself noted the energy as he wrapped up a punishing schedule of rallies around the country that were intended to boost Republican candidates -- and his own brand heading towards reelection in 2020.

"The midterm elections used to be, like, boring," Trump told a crowd in Cleveland, Ohio, on Monday. "Now it's like the hottest thing."

Immigration fears
Trump was watching the results alongside friends and family at the White House, his spokeswoman said.

The president so dominates politics across the country that despite not being on any ballot he has made the election largely about him.

Voting in Chicago, James Gerlock, 27, a Republican, said he wanted to see more of the soaring economic growth that Trump says is the fruit of his business-friendly policies.

"I am extremely happy with the economy," Gerlock said. "I just want to keep everything moving, because I'm loving it."

But Democrats have been fired up by anger at Trump's extraordinary attacks over the last few weeks against immigrants, claiming that his opponents seek to throw open the borders to "drug dealers, predators and bloodthirsty MS-13 killers."

Trump has sent soldiers to the Mexican border, threatened to have illegal immigrants shot if they throw stones at the border, and vowed to restrict citizenship rights.

Beto O'Rourke, a charismatic Democrat in a closely watched bid to dethrone Republican Senator Ted Cruz in Texas, told voters that Trump was wrong, describing his state as built from "immigrants, asylum seekers and refugees."

The result in Texas will say much about which way argument has worked best in these polarized times. Other tight Senate races are in Arizona, Florida, Indiana, Missouri, Montana, New Jersey, Nevada, North Dakota, Tennessee and West Virginia.