Democrats snatch first Congress seats from Republicans in US midterms 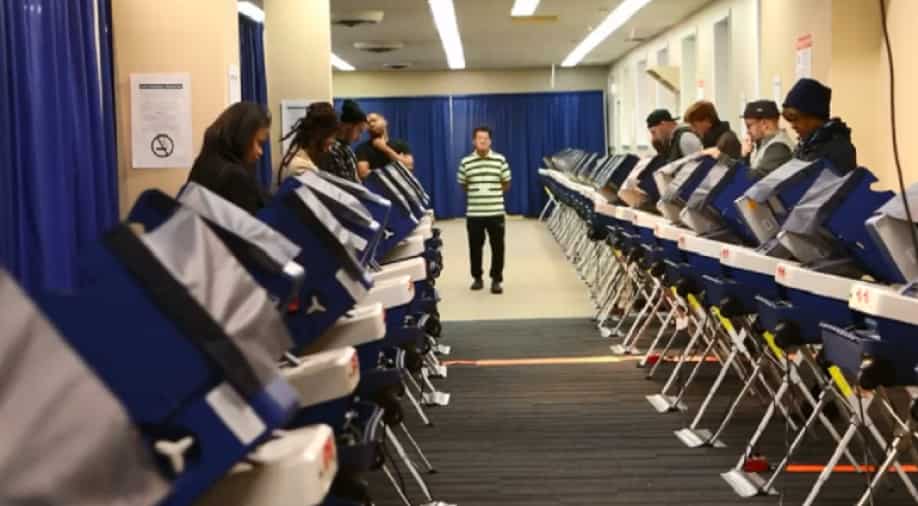 The Virginia and Florida seats are seen as crucial to the Democrats' efforts to regain a majority in the 435-member Congress or House.

Democrats seized their first two Republican-held seats of the US midterm elections Tuesday, networks projected, flipping House seats in Virginia and Florida seen as crucial to the opposition party's effort to regain a majority in the chamber.

Jennifer Wexton, a Democratic state lawmaker, was ahead of two-term Republican incumbent Barbara Comstock by 57 percent to 43 percent in their suburban northern Virginia district that Hillary Clinton won in 2016, NBC reported.

In the second flip of the night, US networks called a former member of Bill Clinton's cabinet, Democrat Donna Shalala, as winner of a House seat in Florida, where she takes the place of Republican Ileana Ros-Lehtinen, who is retiring.

Democrats must gain 21 more seats in the 435-member House of Representatives to regain control of the chamber, which is currently led by President Donald Trump's Republicans.

In the Virginia race, Comstock had distanced herself from Trump in the run up to the election -- well aware of the frustrations that affluent suburban voters, in particular women, have had with the president. But it was not enough to hold on.

The early defeats could signal that Republicans are in for a long night, as the party is defending multiple seats in suburban districts that are deemed toss ups by the Cook Political Report.

Another election observer, the Center For Politics at the University of Virginia, is predicting Democrats will gain at least 30 seats on Tuesday.

Trump's party appears to be faring better in the US Senate, where they hold a slim 51-49 edge, as Democrats are seeking re-election in 10 states that Trump won in 2016. Five of those races are considered toss-ups.