US midterm polls 2018: Will Trump's America wake up Latino vote in midterms? 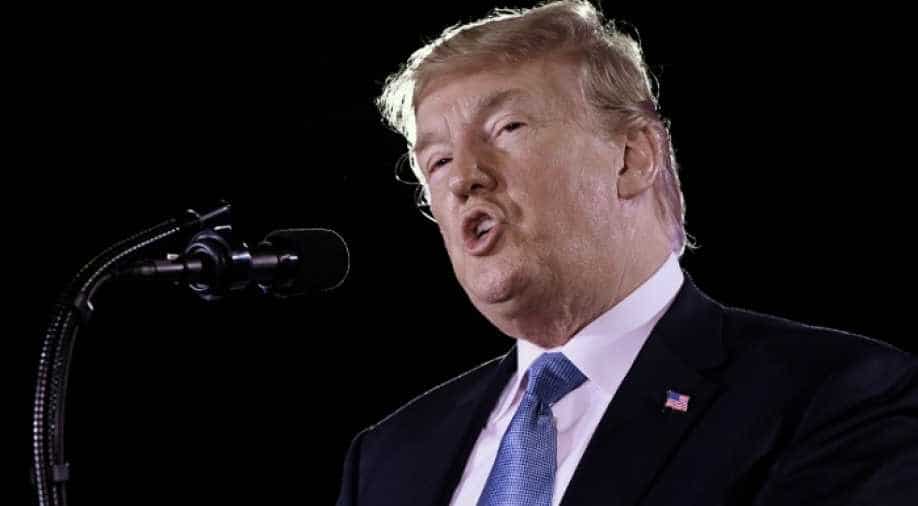 Burned by their failures to accurately predict the 2016 presidential vote, many analysts are striking a more cautious note.

Drug dealers, sexual predators, "poisonous snakes" blamed for all the ills plaguing US society: President Donald Trump has cast Latino immigrants as public enemy numero uno in his rallies and tweets in the run-up to November 6.

But oddly enough, millions of Hispanic voters do not appear set on taking revenge at the polls: no surveys indicate a Latino wave to turf Republicans out of Congress come Tuesday.

What's going on? According to experts, Trump's repeated insults and bullying haven't had the effect of pushing Latinos toward the Democrat party -- rather they have driven them from voting at all.

"In 2016 many analysts had pointed to then-candidate Trump's comments on Mexican immigrants and Hispanics as perhaps being a motivator to get Latinos to the polls," said Mark Hugo Lopez, director of global migration and demography research at Pew Research Center.  But in reality, he says, "the turnout fell."

And 30 per cent of all Hispanics ended up in fact voting for Trump.

There are 29 million Hispanics registered to vote in the midterm elections, where all 435 seats from the House of Representatives are up for grabs, one-third of the Senate, the governors of 36 states and numerous local officials including judges, sheriffs and attorneys general.

Burned by their failures to accurately predict the 2016 presidential vote, many analysts are striking a more cautious note.

"It remains to be seen what will happen this year. Latinos may be more interested in voting but there are many indications that perhaps the turnout rate may not rise much compared to 2014," said Lopez.

When midterms were held that year the turnout rate was only 27 percent for the demographic -- a history low, according to Pew Research.

It ends up being a vicious circle: the fewer Latinos are mobilized, the less the major political parties spend gearing their platforms to address the community's concerns.

And the less the major parties care, the more apathy spreads. To be sure, Latinos are generally more inclined toward the center-left Democrats, but the party "is not doing enough outreach" with the group, says Christine Marie Sierra, Professor Emerita of Political Science at the University of New Mexico.

"We continue to hear about all they have to reach out to the white-working class voters or white women in some suburbs," she continued.

"Well that's fine. You can reach out to them but that's not where your base is. For the Democrats their base is in communities of color.

"They've got to invest a whole lot more to especially with Latinos to overcome the lack of participation."

According to the non-profit Latino Decisions, 63 percent of registered Hispanic voters say they plan to vote. But more than half of them were not contacted by any candidate in their constituency.

"Those voters that are contacted more are more likely to vote and those that are impacted less or not at all are less likely to vote," emphasized David Ayon of Latino Decisions.

Complicating matters further is the Latino vote is far from a monolithic bloc but instead a mosaic of diverse communities, with party affiliation not necessarily linked to country of origin, said Lopez.

Republicans, for example, can count on the overwhelming support of Cuban Americans, a community vehemently opposed to the Communist regime that rules the island. Military veterans and Evangelical migrants from Central America are likewise more likely to lean toward the Grand Old Party.

It sets the scene for some intriguing races. Will Mexican-born voters in Texas throw their weight behind Irish-American Beto O'Rourke over his Cuban-American rival and arch conservative Ted Cruz?

Will Puerto Ricans resettled in Florida in the aftermath of Hurricane Maria tip the scales for the Democrats in Florida? We will find out Tuesday.