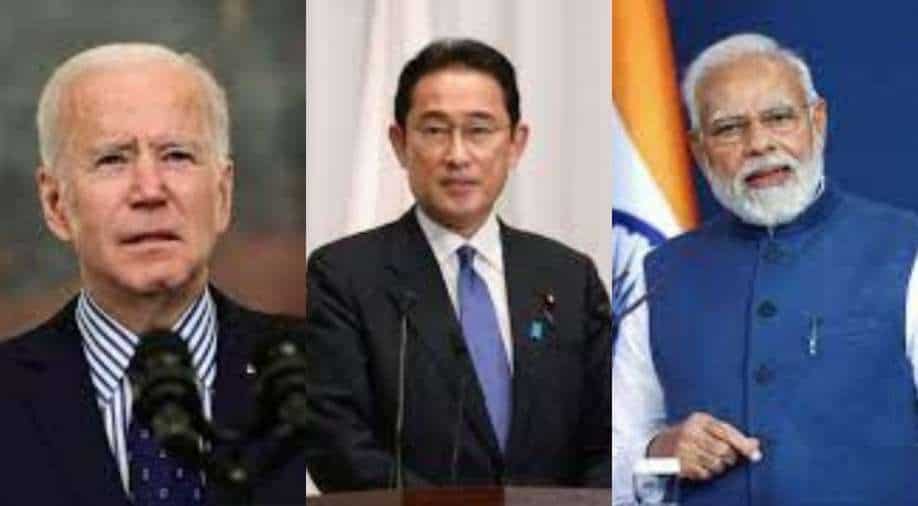 US joins hands with Japan to check security challenges, looks to focus on 'commonalities' with India in talks (file photo). Photograph:( Reuters )

Before the beginning of the Quadrilateral Dialogue (Quad) meeting, US President Joe Biden met Japanese Prime Minister Fumio Kishida on Monday, media reports said. The two leaders have decided to work together to address the security challenges in the region.

In a press release, the White House said, “The two leaders committed to work closely together to address security challenges, including the Democratic People's Republic of Korea's (DPRK) nuclear and ballistic missile programmes and China's increasingly coercive behaviour that runs counter to international law."

"They agreed to deepen cooperation in areas such as emerging technologies, supply chain security, and clean energy," the statement added.

On Twitter, Biden, said, "The US-Japan alliance is the cornerstone of peace and stability in the Indo-Pacific region -- and our relationship is stronger than ever before. I met with Prime Minister Kishida to deepen our cooperation on security, emerging technologies, clean energy, and more."

Meanwhile, the US president will "build on the commonalities" in talks with Indian Prime Minister Narendra Modi on Tuesday, said a Reuters report, citing a senior US administration official.