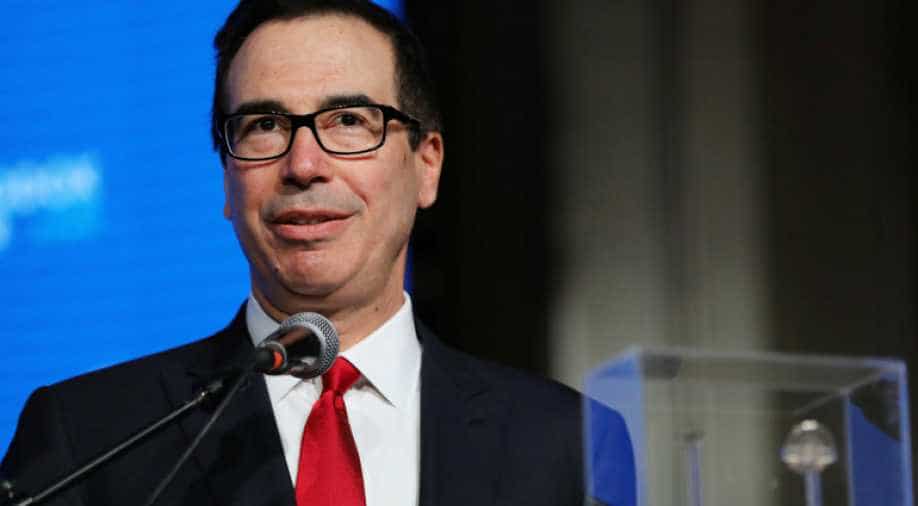 Mnuchin in a letter addressed to House of representative Nancy Pelosi, said 'there is a scenario in which we rin out cash in early September, before Congress reconvenes.'

United States's Treasury Secretary Steven Mnuchin on Friday issued a warning to US government about risk of running out cash as early as September, reports said.

Mnuchin in a letter addressed to House of representative Nancy Pelosi, said, "there is a scenario in which we run out cash in early September before Congress reconvenes."

"As such, I request that Congress increase the debt ceiling before Congress leaves for summer recess," Mnuchin added in the letter.

Meanwhile, Pelosi and Mnuchin on Tuesday discussed ways to reach agreement on extending US borrowing authority and spending limits for the 2020 fiscal year that begins on October 1.

A Pelosi spokesman said the 20-minute telephone conversation was productive and the two plan to speak again on Wednesday.

According to a report, both will again speak on call over the weekend.

By September or October, the Treasury Department could exhaust its current borrowing authority, adding pressure on Congress and the Trump administration to reach a deal on a new extension.

Congress is scheduled to be in recess through almost all of August and the first week of September, raising questions about whether a debt limit and spending deal can be enacted before the break.